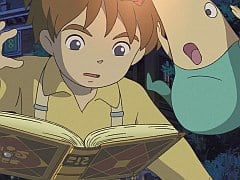 Ni no Kuni: Wrath of the White Witch Review

Ni No Kuni reminds you just why you fell in love with the JRPG. I mean, it also reminds you of why you hate the genre. There’s more than enough ammunition here for the doubters to fill their boots with delicious insult pie and other such effortless metaphors. But those willing to open themselves up to it – those who give Ni No Kuni the slightest of chances – will find a genuinely enchanting experience; a game that filled me, a hoary old cynic, with a genuine childlike wonder. It’s on the banned word list, but here we go: Ni No Kuni is charming.

To boil it down to its constituent mechanical parts is to do us all a disservice, but it can hardly be called a review if it just waxes lyrical about how much it made the reviewer grin like a moron. Plus it’s worth pointing out that this, being a Level-5 production, is up there with the cream of the crop in JRPG mechanics. Discounting White Knight Chronicles.

The absolute central core of Ni No Kuni can be described in two distinct ways of playing: exploration and battles. There’s nothing mind-bending in either, with exploration straddling the middle ground between Skyrim’s open world and Final Fantasy XIII’s closed corridors. Battles, meanwhile, take in a healthy mix of FFXIII (and XII), the Tales series, Star Ocean, Suikoden, Pokemon and – to mention it for the purely sake of mentioning it – Monster Rancher. Take the best elements from all of these games’ fighting systems and you’ve got yourself a vague idea of what Ni No Kuni battles like: direct-control roaming arenas with timing-based semi-real time combat, the ability to control ‘familiars’ (little monsters), powerups littering the battlefield, strategic team commands and a fair few other bits and bobs. And copious consumption of sandwiches when you run out of MP, of course.

But it doesn’t seem to ever stop with the layers being thrown in there – you’re still getting extra features added in hours later, from metamorphosis of your familiars through the ability to tame enemies, on to cooking up strong coffee in a genie-occupied cauldron (no, really). You can play Ni No Kuni and not pay much attention to everything else going on in the background – you can follow the star on the map, grind out a few battles to level up, beat the next boss and just get on with it. You don’t have to bother with anything else. But it all feels so natural that you allow yourself to fall into it, then it gets under your skin and becomes a necessary part of the game. I had to spend half an hour finding some Rings-A-Bell so I could finish making the potion I needed. It was helpful to sit reading the Wizard’s Companion for an hour. Soon enough you’ll find yourself switching off the navigation star (really, do that) and just getting entirely lost in the world – in the mechanics – Level-5 has created.

But I shouldn’t get sidetracked from the point I wanted to make here: when you enter the world map (there’s a world map!) a couple of hours into the game (only a couple of hours into the game!) it is this visual style that pushes it over the edge. If it merely looked nice, you’d coo and carry on. Ni No Kuni looks special. It makes you take it all in, almost forcing your eyes to sweep across the vista, checking out the lands unfolding before you or the islands across the seas. In making you want to pay attention, it almost forces you to enjoy it more.

And I’d be damned by all those capable of damning if I was idiotic enough to not mention the voice acting here – specifically the English audio track. While you can, and many will, play the game with the original Japanese voiceovers, for once we have a game where the translated dub is worth hearing. Some of the vocal talent is lacking in the latter aspect of their job description, no doubt, but generally speaking it’s a fine mix of English-speakers. And Mr Drippy. Oh, Mr Drippy. Introduced shortly after young Oliver experiences a traumatic experience, the Lord High Lord Of The Fairies is consistently fantastic – I found myself willing the game to enter another fully-voiced cutscene just so I could hear his fantastic (very Welsh) gob-spouting.

The JRPG’s reputation has been stomped on by the loudmouths who dislike the genre, and their scorn has been backed up in recent years by the actual games coming from the east – even the big-name ones. And that’s before even mentioning Atelier Meruru. But with one massive, graceful, Welsh-tinged sweep, the combined might of Level-5 and Studio Ghibli has reinstated credibility to a flagging area of gaming. It’s taken years of craft and – likely – a hell of a lot of money, but Ni No Kuni is a wonderful, wondrous experience and will keep you captivated and enchanted for dozens of hours.

And seriously – Mr Drippy is excellent. I was worried his schtick would get tired after the halfway point, but… oh I’m gushing again. Recommended for anyone, apart from those who hate bright colours and the Welsh.

Played for around 25 hours before writing this review, then immediately went back to the game to carry on because who needs to do anything else? I LOVE YOU MR DRIPPY. Debug review code provided by Namco Bandai.

It's taken years of craft and - likely - a hell of a lot of money, but Ni No Kuni is a wonderful, wondrous experience and will keep you captivated and enchanted for dozens of hours.
9 Cherry picks the best JRPG mechanics Astonishingly good looking at times If you hate the Welsh, you're screwed As well as it's done, it's still nothing new

Ni no Kuni: Wrath of the White Witch 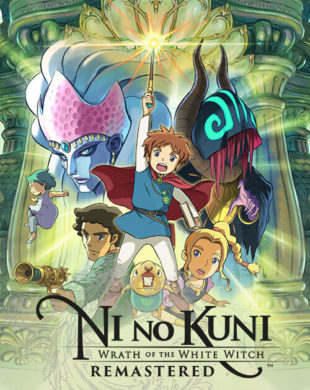 Ni no Kuni: Wrath of the White Witch is a tale of…

Ni no Kuni: Wrath of the White Witch

Ni no Kuni: Wrath of the White Witch is a tale of…