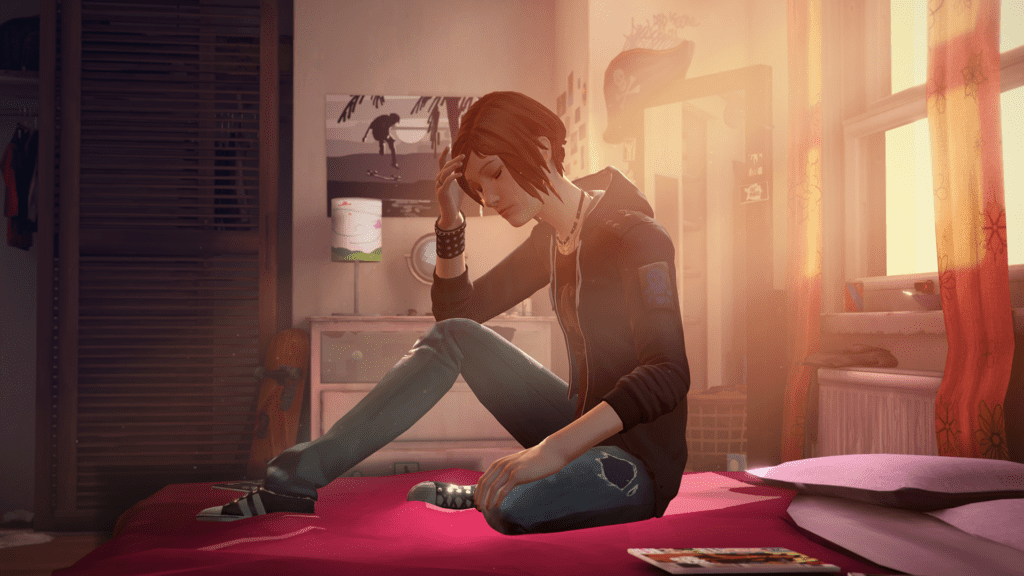 Life is Strange: Before the Storm review

Here at last is the start of the beginning. The first episode of Life is Strange: Before the Storm, prequel to Max Caulfield’s adventures in Life is Strange, and following the life of her erstwhile best friend Chloe before Max returned to town, is here. It does a number of things that I think are interesting, but they’re interesting because I assume they’ve been done on purpose, and at some points I’m not entirely sure if that’s me being a bit generous.

For example: Chloe, in this, physically resembles Max in the first Life is Strange series, her hair being a similar shade and length, and although she already has much more of an in-your-face attitude, she is at this point unsure and hesitant at times. The mysterious Rachel Amber, meanwhile, is as strangely unpredictable as Chloe is in that first series. It’s an effective narrative mirroring.

Chloe doesn’t have any time rewinding powers, but does have an ability called ‘Backtalk’, wherein if she is argumentative enough, and in the right way, she will be left alone (it’s basically an intimidation/persuasion feat, as is artfully demonstrated when she uses it in an actual game of Dungeons & Dragons), but she rarely accomplishes anything constructive with it. You get the feeling every instance of Backtalk results in tensions being escalated for the future. In fact, Chloe rarely has any constructive interactions, especially with adults, which can be frustrating. But she is a bundle of frustration, after all.

The trailers implied that Chloe was feeling suicidal, but in the actual game it seems more like she’s desperate to feel alive, and in that context school does rather seem like a waste of time. And none of the adults around her are making an effort to understand how she feels, in part because she isn’t communicating it well — but why make the effort to communicate with people who tell her she’s ‘had a vacation’ from having a father figure in reference to her actual dad actually dying.

And yet there are other parts of the episode that seem so strangely heavy handed in comparison that you begin to doubt the subtlety of the others. When Chloe smashes up a junkyard in frustration she conveniently finds objects to break that represent everyone who has harmed her recently, and narrates their significance while she does so. In a school production of Shakespeare’s The Tempest, the part of Caliban is played by once and future childlike monster Nathan Prescott, which is, in my opinion, too on the nose by half.

Each episode is named after a line from The Tempest; this first is Awake, from Prospero urging his daughter Miranda to ‘Awake, dear heart, awake!’ at the start of the play. Rachel, of course, plays Prospero in Blackwell Academy’s production, and at this point we must assume (budding romance between the two aside) that Chloe is the intended Miranda, who will awaken to a brave new world. The growth of the relationship between the two is sudden, awkward, and intense, and the chapter as a whole can be a little awkward and self conscious. But is that the game, or the subject matter?

The morning after, as is often the case, Chloe Price and Rachel Amber have to deal with the consequences of skipping an entire day of school. They’re worse for Chloe than they are for Rachel. The layers of consequence build up, as the choices that Chloe make start to really affect her opportunities, or what people think of her.

Brave New World is a must better episode than the first, and is notable for one of the most realistic portrayals of a bunch of theatre kids putting on a Shakespeare production. While Chloe continues to struggle with her father’s death and the authoritarian rules of her mother’s boyfriend David, she’s also starting to be overrun by her relationship with Rachel Amber. Chloe’s characterisation is really coming to the fore, as she stumbles through moments of awkward dorky humour, confrontations born of teenage bravado, and the all-consuming emotions of adolescence that make you sure that this, this, is the only relationship you will ever be in because you’re perfectly in love.

The episode rises and falls like the sea: the disciplinary meeting at school; the creation of Chloe’s junkyard hideout and a quiet session of impromptu therapy; sneaking around the Blackwell dorms and a confrontation there; the pre-show and dramatic staging of The Tempest; a romantic walk and an awkward dinner. At every stage is a new revelation, some loud and some quiet, about a character we already know, giving more insight to their behaviour. You even get to see Pompidou as a flopsy, clumsy puppy.

Parental relationships become a theme, as Chloe’s absent father is contrasted with Nathan Prescott’s all-too-present one, as well as Rachel’s. Mr Amber is, frankly, weird and unsettling. His social niceties are performative, done because he knows that right now it is the appropriate thing to do, but he has the same glassy expression as a waxwork and you get the feeling that there’s something less nice going on underneath it. Mrs Amber, meanwhile, seems to harbour a rebellious streak as well as a compassionate one, and the mix makes the dynamic at Rachel’s house fascinating to observe as an outsider.

Where the first episode featured more of Chloe’s parental relationships, this episode is almost entirely focused on Rachel, with the fire continuing to rage through Arcadia Bay serving as an obvious metaphor for their relationship (one of a few moments of obviousness in the episode, but there are many less than in the first).

Rachel remains, mostly, unknowable. Outwardly she is impossibly cool and self-possessed, while inwardly, and in moments of vulnerability, she is remarkably insecure, and as a player I have begun to mistrust her. While she promises Chloe everything, there are even more moments in this episode where Rachel is a liar and downright manipulative. There are also frequent references to what Max sees in the future, in Life Is Strange proper, where Rachel had, it turns out, been in a relationship with Frank the drug dealer, amongst other things. So I already know that, for one reason or another, Rachel doesn’t keep her promises to Chloe. I would like to believe the reason is a good one, but I’m not sure I can.

There was a lot riding on the final episode of Before the Storm, because while I thought the second was rather good there was still a wide gulf left between where the characters were at the end of the episode, and where we know they end up in Life is Strange. Episode three, Hell is Empty, seems like it wasn’t sure if it wanted to close that gap or not.

The episode picks up immediately where the last left off, as James Amber explains to Rachel that her birth mother isn’t the woman who raised her but is in fact a junkie named Sera who has been taking money in exchange for staying away, and James has been hiding this fact for Rachel’s entire life. Sera turned up after a year staying sober because she wants to meet Rachel. Rachel has confused feelings about the entire thing.

From there the episode loses focus. James Amber whiplashes from a buttoned up no-fun sinister dad to being kind and considerate to Chloe, and then right back through again. Chloe and Rachel try to find Sera, resulting in a dangerous confrontation that puts Rachel in hospital, leaving Chloe to do even more dangerous legwork by herself. I’m sure Rachel is meant to be a more sympathetic character, but I find her annoying and manipulative even at her lowest ebb – and even if she doesn’t always realise she’s doing it. Unfortunately the only person to agree with me is Eliot Hampden (who has turned up only sparsely in the game to make it clear he still has a crush on Chloe), but rather than explain this to Chloe calmly he treats us to a possessive, phone destroying, nice-guy meltdown that comes out of nowhere and I was not prepared for. This is presumably bad news for whoever set up the Eliot Hampden Twitter account.

Eliot confronts Chloe as she’s snooping around James Amber’s home office looking for clues and uncovering a troubling alliance in the process, which is one of the two more engaging sections of the game, poking out of a weird landscape of dreaming improv car mechanics with Chloe’s dead father, or confrontations with stepfather-in-waiting David that can either be volatile or a commendable but short-lived attempt to make him more three dimensional, depending on how many drugs were in your pocket in previous episodes. The other is a second Dungeons & Dragons game that you can get into while visiting the Norths, who are in a hospital room down the hall from Amber. It’s both dramatic and touching, was my favourite scene in the whole episode, and it’s possible to miss it entirely.

The more disappointing part is that, though there are a few tender moments between them, the episode moves the focus off Chloe and Rachel’s relationship and onto the physical and emotional labour Chloe is doing for it, and instead condenses the fun they have in the intervening years into a montage at the end. The final choice is predictably about how far one should go to keep a father in your life (and I have other issues with it that will probably be written up in a feature called something like ‘fuck everything but fuck James Amber in particular’) but I wanted it to mean more to Chloe than it did to Amber. Which may be a neat way to sum up their entire relationship.

Available on: PS4 (reviewed on), PC and Xbox One

Life is Strange: Before the Storm – Episode 1: Awake 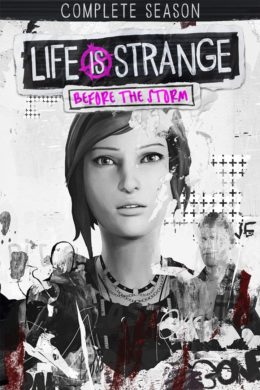 Life is Strange: Before the Storm – Episode 1: Awake