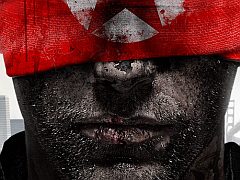 If imitation is truly the sincerest form of flattery, the Call of Duty 4 team must feel pretty adulated right about now. Homefront is yet another in a long line of FPS games conceived in the shadow of Modern Warfare’s enormous genre-defining success, but Kaos Studios’ vision of a destroyed, occupied America in 2027 is one that never manages to emerge from it.

Homefront begins with the Korean People’s Army forcing you onto a bus, and from here you watch their numerous atrocities against the backdrop of a broken, ransacked and smouldering Colorado. The foreign invaders’ depraved malevolence peaks in one particular moment where you observe a mother and father gunned down in front of their sobbing child. As the child tugs at the clothes of his dead parents, your vehicle is smashed off the road by the resistance movement and you’re promptly handed the certificate, badge and membership pen of these valiant freedom fighters. Now begin shooting.

Still, Kaos’ conflict of a unified Korea invading America – a wafer-thin scenario explained away in a flashy introduction movie – is only an outrageous, vicious war until you actually take the reins and start playing, which is when it quickly descends into a sub-par Call of Duty clone lacking in any discernible weight or significance. Much of the noticeably short campaign (I completed the game’s seven chapters on the hardest difficulty in just over five hours) is spent ducking behind a trio of American brand names – Hooters, White Castle and TigerDirect – across a variety of ruined suburban landscapes, popping up from time to time to squeeze off a few rounds into the chests and heads of your unsympathetic Korean foes.

Homefront is a standard shooting gallery entrenched within a shocking setting, where you score headshots in quaint little American backyards, quintessential suburban tree houses, and white picket fences. The landscape of slanted mail boxes and sagged front gardens is very much a closed world of startling vignettes, however, and you move between these through intricate underground tunnels. At one point you pop out into a mammoth retail superstore, which is all part of a bid to collect enough supplies to punch through the wall built around the state to keep its citizens at bay.

It’s a massive shame, then, that the intriguing premise and heavily publicised John Milius script are delivered in such a lacklustre and ham-fisted way. The grizzled Connor and considerate Rianna are your primary chaperones on a journey culminating in a standoff between American and Korean forces at the Golden Gate Bridge, a wooden AI duo that ferry you around the world with the passion of a particularly disgruntled museum tour guide. You are forced to experience the game at their restrictive pace, as your character is wholly unable to move any of the door-blocking filing cabinets littering the environment until the AI has caught up, spouted their scripted dialogue and eventually pushed it out of the way. It’s not a good sign that most of the game’s stilted, awkward conversation is uttered while your cohorts have their backs pressed up against yet another disguised loading screen masquerading as a blocked door.

Occasional shocking set-piece moments elevate the game from its clunky corridor blasting routine, showing you a brief, temporary glimpse at the Homefront which could have been. Walking through a dilapidated elementary school modified into a ramshackle civilian camp is certainly an affecting moment, complete with wheezing children and mouldy teetering tents, but the sequence is handled with all the emotional grace of a sociopathic P.E. teacher, and the narrative payoff is an embarrassingly low-budget slow motion gunfight.

At least the game understands the nuts and bolts of shooting, with the typical array of assault rifles, submachine and light machine guns rattling off devastating sprays of bullets in neat little clumps and with a satisfying sense of weight. The antonymous Goliath drone provides the futuristic technology of 2027, a seemingly indestructible vehicle that looks like a six-wheeled lunar buggy with a rocket launcher grafted on the top. More powerful than a Hammer of Dawn being shot through a giant magnifying glass, Goliath’s usage is restricted to a few choice scenes where you mark entire screens of tanks, troops and APCs with a fancy laser pointer before reigning down concentrated blasts of hell itself. These are scenarios framed around visual spectacle rather than any particular player input, the usage of the machine so insultingly basic you simply cycle between hitting up on the d-pad and then the right trigger until the game decides to move on.

The experience often feels like two different designers have collaborated on the finished product, with one capable of beautifully intricate juxtapositions of sprawling America and the other perfectly content with slapping a mouldy grey texture all over endless angular corridors and plopping in a line of dialogue from Connor complaining about the horror of it all. Kaos’ implementation of Unreal Engine 3 also seems poorly handled, with the technology failing to render the required draw-distances of Homefront’s urban chaos without severely compromising on visual fidelity. That said, the PC version looks like it fares substantially better than the Xbox 360 version I used for review.

Ultimately, Homefront’s threadbare campaign is like a beautiful, sweeping piece of music being awkwardly recited by a child on a recorder. The heavily publicised emotional narrative falls completely flat outside of the goldmine of its conceptual stages, a fact not helped when gaps between utterances are generally big enough to park a 4X4 in, and a scant handful of evocative set-pieces do little to hide the fact that the linear campaign is both hugely unadventurous and creatively bankrupt in its design.

Redemption is thankfully afforded by the competent multiplayer, where you can gleefully slaughter American and Korean alike without all the grimy trappings of narrative and context. A typical 75-level grind gives you an expected series of perks and staggered unlocks across two modes – Ground Control and Team Deathmatch – with the latter entirely self-explanatory and the former a variant of the traditional Domination game type with a tug-of-war style best of three rounds thrown in for good measure.

The key is in the delivery, with both modes dishing out large-scale skirmishes across a roster of eight maps; anyone familiar with DICE’s Battlefield games will feel immediately comfortable here. This is a rougher, more brazen experience than the polished sheen of Bad Company 2, however, and the wide-open environments lacking in obvious choke points make Homefront the most uncluttered and advantageous playground for crafty snipers in recent years.

Kaos’ multiplayer trump card is Battle Points, which shows capitalism is more than alive and well in occupied America. Performing kills and team actions affords you points, which get saved up and can be redeemed for a variety of prizes – such as one of seven vehicles, airstrikes, or Kevlar vests – when the player so chooses. The system is fun and shows promise, though slightly flawed in its current iteration: the base economics feel skewed, with troublesome, high-risk actions (like capturing points) ultimately proving far less profitable than finding a dark hidey-hole and bagging massive sacks of headshots. It’s also particularly ghastly to spend an entire game banking just shy of 3000 points for a devastating Apache gunship only to have it brought down seconds later by a cheap and cheerful drone.

The other notable feature is the Battle Commander mode, which shakes up the basics by adding in a five-star wanted level similar to Grand Theft Auto. Killstreaks are both rewarded and punished, the game assigning you increments of speed, damage and health at a cost of alerting an increasing amount of enemy players to your location – rank up to the maximum wanted level and you’re lit up on the mini-map for the entire enemy team, with a nice little cache of Battle Points waiting for whomever finally manages to bring you down. Despite dropping the maximum players from 32 to 24 in the Battle Commander playlists, the idea is a nice little flourish added to a familiar system and certainly my favourite way to play the game.

There’s enough material within Homefront’s concept for it to spiral into something more interesting, and with plenty of talk about a sequel it’s clear that’s what THQ and Kaos is looking for, but this first crack of the whip falls far short of the competition. THQ obviously has a lot of faith in the game, however, and boss Danny Bilson has aggressively promoted Homefront in the run-up to its launch, repeatedly stating how the publisher is now in a three-horse race with Activision and EA for supremacy of the coveted FPS genre. Homefront has enough potential as a franchise for his statement to ring true, but I certainly know which horse is currently finishing third.

Homefront's threadbare campaign is like a beautiful, sweeping piece of music being awkwardly recited by a child on a recorder.
7 Multiplayer is fun. Intriguing concept. Lousy campaign. Poor execution.