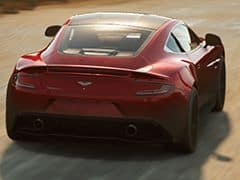 Far more worthy of the subtitle “The Real Driving Simulator” than Gran Turismo, a game that could only be made more dull if it came with a free beige jumper, Forza Horizon 2 makes sure players enjoy themselves whether road-tripping to events or road-raging in them.

It achieves its goal in part due to the phenomenal car handling, which is of the standard you’d expect from the series, and can be tweaked in such minute detail that only about three people on earth know what the fuck any of it means. But it’s also the setting – the perma-sunshine of France and Italy, both stacked with intricate, beautiful architecture to snake through and wide-open fields to plough over – that makes it a joy to simply drive. It’s unusual to see such an accomplished sense of place outside of Rockstar’s efforts.

It’s a credit to the dev team(s). It’s also a good job it’s such fun to drive, because the game makes you do loads of it. Which may seem obvious, but Horizon 2 is obsessed with road trips – finishing a competition means driving somewhere else so you can do more driving before you drive. It’s like Xzibit made it.

It’s not the strongest structure, and before long it feels like you’re repeating the same old loop, mainly because you are. The world isn’t densely populated (either with things to do or, erm, people), and events, too, suffer from repetition: there’s loads of cars, and they all handle differently. But the races themselves aren’t distinct, and the massive overlap in type (you’ll race supercars through fields just as much as SUVs) can grate.

None of that, however, can take away from how good the feeling of hitting the road actually is. AI racers are rather predictable, but take to the courses (which, for an open world racing game, are both enjoyably technical and utterly over-the-top) or form a club with people online and you’ll have a great time.

It lacks variety, both on and offline, and sometimes it strikes a difficult balance between arcade racing and simulation. (It’s also far too easy to abuse the rewind function, a problem made worse by the sometimes unclear checkpointing). But there are very few other racing games that can boast such impressive fundamentals, and certainly not very many with a world like this wrapped around them.

There are few other racing games that can boast such impressive fundamentals as Forza Horizon 2, and certainly not very many with a world like this wrapped around them.
8 World is gorgeous. Superb handling. Samey races. Not a lot to do in the world.