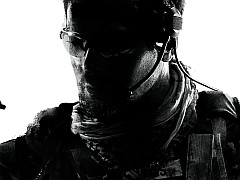 Do you remember where you were at the start of World War III? I do; getting pounded by some guy with a Striker over and over again in a German shopping mall.

Campaign, co-op, or multiplayer? That’s the gulf between Modern Warfare 3’s trisected whole. To say there are three separate games on the disc would be an exaggeration, but to simultaneously apprise Infinity Ward and Sledgehammer Games’ trio of component parts as one singular whole would be unfair.

So, where do you begin? Multiplayer will be the sole focus for many, and this is another solid incremental update of an annual franchise that has embraced the idea of gaming as a service rather than an individualistic product – an ideology that has enraged many of the series’ outspoken detractors. Modern Warfare 3 is this principle at its apex, and it comes as no surprise that Activision makes frequent comparisons with sport as this year’s game launches simultaneously (on 360 and PS3, at least) with social tool Call of Duty: Elite.

In many respects it is easier to approach Modern Warfare 3’s yearly updates as you would an annualised sports game: this is very much refinement rather than revolution, and increment over innovation. The most noticeable change this year is that the iconic Killstreak system has been revamped and rebranded as the Strike Package, and this ultimately subtle change arrives with all the pomp and self-jubilation of one of FIFA or Madden’s bold back-of-the-box boasts.

But subtlety does not automatically mean insignificance. There are three various flavours of Strike Package: Assault, Support and Specialist. The former awards you things like attack helicopters for unbroken streaks of kills, as in former Call of Duty games, but Support presents an alternative approach with a range of defence-oriented rewards that also allow you to keep your streak after death. The final option, Specialist, is a more complex option that unlocks up to three additional perks with every second kill you score, resetting when you die.

Strike Packages don’t radically change the rhythm of the game, which still thrashes along with Call of Duty’s usual blink-and-you’ll-miss-it pace, but they do offer less experienced players the chance to reap rewards without having to adopt a camper mentality. A cache of ballistic vests can provide the team an extra edge, for instance, and the advanced UAV always comes in useful.

The sixteen gladiatorial arenas which will house your personal campaign of streaks, sulks, and stories are all different shapes and sizes, but all are linked by a common design philosophy catering towards tight infantry combat. Dense contrasts between interiors and exteriors – forever a staple of the series – are more pronounced than ever, though instances of sprawling multi-storey warzones have been greatly reduced since last year’s Black Ops. My favourite map, Dome, recalls fond memories of Call of Duty 4’s Vacant, striking the right balance between claustrophobic right-angles, useful points of cover and manic warzones.

There’s a heavy focus on assault rifles and submachine guns, and stalwart inclusions of the MP5 and M4A1 will mean almost everyone will immediately have access to a gun they instinctively know how to handle. The overall focus weaponry has been widened with some devastating shotguns (now a primary weapon once again) and brutal sniper rifles, though proficient usage of the latter will be reserved solely for those who can master the art of frequent movement and effective quick scoping.

Weapons now earn their own levels and experience points, unlocking attachments and proficiencies as you reach certain requirements. These essentially act as an additional perk (alongside the game’s existing three-perk system, of course) that you can bolt onto your weapon, with the earliest available reducing weapon recoil and later options giving you things like increased range or extra bullet penetration.

As Infinity Ward and Sledgehammer Games work to give you more loadout customisation, the sheer bombardment of booming unlocks is so overwhelming during your first few hours that the notifications have to be tucked into the top right of the screen. The escalation of the game’s reward structure ensures that daily, weekly and overall challenges are constantly dropping wads of XP alongside the resonant declarations of a rapidly increasing weapon rank and player level.

New to Modern Warfare 3 are the Kill Confirmed and Team Defender gametypes. The former is an entertaining extension to traditional Team Deathmatch play, requiring you to pick up a set of dogtags from each downed player to claim the score. You can also pick up allied tags to block the enemy team, giving the chaos of TDM a rigid backbone and tense moments as players use tags as bait. Team Defender, on the other hand, is a twist on Capture the Flag; there is one flag, and your team scores double when one of their players is holding it.

Neither mode is a particularly revolutionary or complex addition, but each offers a new spin on the familiar and gives more flexibility to online playlists. A few of Black Ops’ entertaining Wager Match diversions – One in the Chamber and Gun Game – now find themselves shunted into Private Match alongside traditional King of the Hill and Infected gametypes, and Modern Warfare 3 now provides reams of modifiers and sharing options to let you fiddle with Private Match modes to your heart’s content.

Whatever the mode, Modern Warfare 3 is a multiplayer game where it is not uncommon to kill four or five people in less than ten seconds when you hit a combined moment of luck, skill and Zen. Teamwork is often encouraged, and it would be impossible to do well as a lone wolf in modes such as Search & Destroy, but on the whole the tactical options are less diverse than in other shooters; killing and not being killed is almost always your best bet for overall success. This will essentially boil down to a matter of personal preference, but there’s a raw and instinctive simplicity – shoot first and shoot fast – to Modern Warfare 3’s portrayal of online encounters.

It is, however, a remarkably similar experience to the Call of Duty you’ve been playing for five years, and its incremental updates will do little to revive the spirits of anybody fatigued by its annual resurrection. Yet it is also easy and comforting to get sucked back into the breadcrumb trail of unlocks and upgrades across 80 levels and, if you’re a Prestigious kind of guy, ten cycles of 1,264,000 experience points.

Multiplayer is an unashamedly hostile experience, and after five iterations of the core principles Call of Duty 4 established in 2007, you can expect to be met by some extremely talented players. Spec Ops is the bridge, then – a two-player co-operative addition of 16 missions and a wave-based survival mode. While it’s particularly hard to get excited about the latter, Modern Warfare 3’s take offers its own slant by virtue of demanding a greater degree of communication than the usual four-player efforts. The difficulty curve is also nicely designed, picking up the pace in most of the right places, but let down slightly by the fact it takes a few waves too many to get stuck in.

The best co-op moments arrive in Mission mode. Perhaps the strongest scenario puts one player at the helm of a security weapons system, allowing them to help their partner progress through a series of intricate corridors. Most of the 16 missions can be played solo, which means there’s only one other mission of this ilk; the other has a player providing air support in an AC-130. It’s a real shame there’s not more of these specific two-player missions, but the 14 other scenarios do manage to hold your interest.

Then there’s the solitary single-player experience: a six hour campaign which takes you through three acts and seventeen chapters, picking up straight after the messy-yet-thrilling knife-in-eye ending of Modern Warfare 2.

Modern Warfare 3’s campaign presents its global war with wide panoramic shots of devastation and neatly framed pockets of destruction. The nature of the game flits between shock and awe, plopping bombastic aeroplane raids and vehicle battles right next to the indiscriminate murder or men, women and children. The tone is occasionally a little off, but it’s simply fascinating from a geopolitical standpoint. This is a campaign positively delighted to litter the streets of Paris and London with the dying and dead, but one which presents the heart of Manhattan as an unpopulated ghost town. If Modern Warfare 2 wanted to set fire to an American flag while kicking down suburban picket fences, the third now wants to wreak obliteration on as much of Europe as possible.

There’s nothing quite like the infamous No Russian on display here, no matter how many times sensationalist tabloids and overeager blog posts try and make it so, but Modern Warfare 3 does run into video games’ age-old problem: it is impossible to dump players into a narrative that sincerely deals with death when it demands you to blast enemy goons in the face with a sniper rifle immediately afterwards.

Occasional moments of controversial schlock aside (yes, it does ask at the beginning if you’re sure you want to see the notorious content), this is a meticulously directed and focused action piece, one with a far more crafted sense of place than the disconnected world-hopping of its many contemporaries. It’s also a particularly smart touch that the game recalls and reworks signature moments of the Second World War with a modern twist; a US beach landing on some German shores is trying so desperately to funnel the spirit of D-Day you wonder why the game doesn’t just plonk you in France, which itself finds it the target of a Europe-wide chemical attack at the hands of some nasty terrorists.

The point, of course, is to funnel players through various pop-up galleries and to detonate the rest of the world around them, and in this regard Modern Warfare 3 is a resounding success. Sledgehammer Games and Infinity Ward have created a string of interesting set-pieces that will be guaranteed to dazzle anyone who can surrender to the fact their player character is little more than an actor on the world’s most destructive stage, and while that flaw is plain to see Sledgehammer Games and Infinity Ward do a far better job than their rivals of smoothing over the cracks.

Call of Duty: Modern Warfare 3 doesn’t do anything new, but it also doesn’t do anything wrong. For better or worse, this is a slick and well-metered trio of modes that make an entertaining package, but Sledgehammer Games and Infinity Ward are simply looking to augment previous games rather than expand the series into pastures new. Modern Warfare 3 is another beat in the colossally successful rhythm Activision has mastered, but what this year’s game lacks in imagination it makes up for in quality.