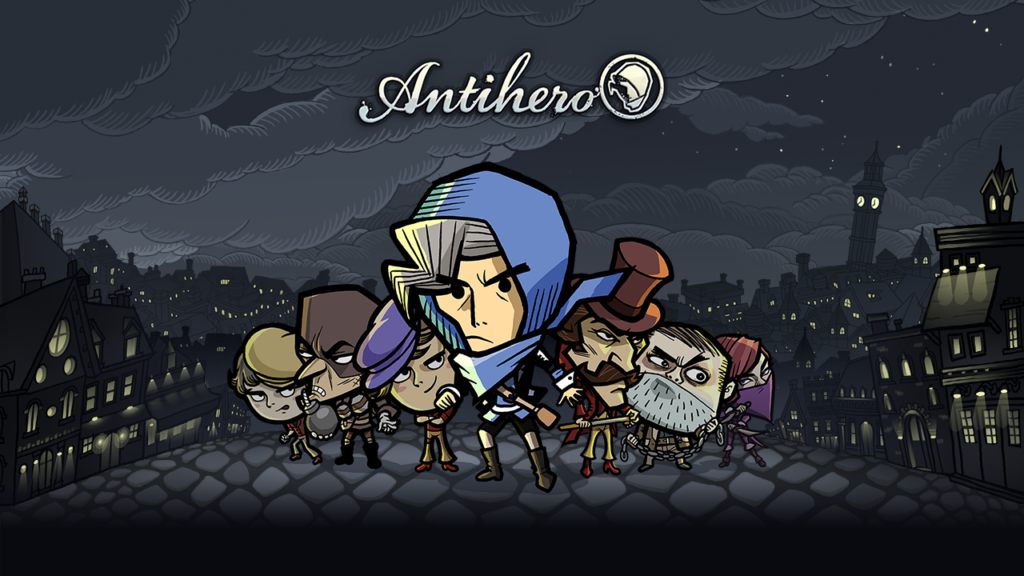 Antihero is a small, elegantly formed strategy game, played like a board game set in Victorian London. As a master thief, you must get five victory points quicker than your opponent — these are won with various nefariousness, including assassinations, taking over churches, or blackmail — and bring to bear all the members of your delightfully drawn gang of ne’er-do-wells. All can play their part, depending on what kind of thief you prefer to be: an urchin will occupy useful buildings; an assassin will kill a target in one blow; a saboteur will trap a building; a gang will take out enemy goons.

Antihero has a wonderful and cohesive design, so if you look at anything from the game, even a lone building, you’d know where it came from. The randomly generated map, initially concealed in a fog of war that your master thief must dispel by scouting, is made up of districts with names like Halftruth Way and Vicious Wren and Widow’s End, which sound like they could feasibly be actual places in London, whilst your three skill trees are Skullduggery, Sneakery and Stabbery. It’s all so fabulously, winkingly Dickensian.

In the brief single player, you’re introduced to the tricks of the trade: gold is the currency you need to buy units, while lanterns are used to open up your skill trees, but a successful thief needs both. But the real fun is online. It would, perhaps, be nice if the map were a little bigger, and there were more modes than 1v1 — there’s actually a scenario in the single player that offers a glimpse of how a four person game could play out…

In any case, when you play online you can already see the different tactical schools emerging, because it gives you a well-designed set of tools to achieve victory in different ways. There are adherents to the aggressive style, using henchmen to block your routes around and a beefed up gang to take out your own foot soldiers, and turfing your precious resource producing urchins out of the buildings they occupy. The aggressors get most of their victory points from Assassinations. There are those who take over as many churches as possible to get Bribery victory points, and those who try and build a monopoly, occupying everything they come across so it’s harder for you to get a foothold. Some people try an all-round approach; they rarely win.

I’m of the mercantile school: occupy Trading Houses to maximum capacity, generating as many lanterns as possible to buy Blackmail victory points. Urchins are the lifeblood of my plan, since you need three urchins occupying a building to upgrade it to its maximum ability, so I also try and occupy at least one Orphanage, which reduces the cost of recruiting said enterprising young children. And so on, and so forth.

I was playing online in real-time (you can also play against an online opponent asynchronously, i.e. you’ll be emailed when it’s time for your turn again, and I am currently in the opening salvo of a new game which could potentially take weeks) when I encountered a new kind: The Hoarder. This player enjoys a risky, all-or-nothing game, it seems. Known only as Pjotrek, he kept mainly to his side of the board and I managed to take an early lead with three VPs, even occupying a church. It was when I secured my fourth that Pjotrek struck.

Pjotrek, it transpired, had been quietly recruiting units without actually placing them on the board. I didn’t notice any unusual build up in his gold, because he was spending it, so I was wholly unprepared. He knew I was relying heavily on two fully occupied Trading Houses, and suddenly he used two of the Child Catcher-esque truant officer units to clean them both out, and immediately moved his own urchins in. A gang, that I wasn’t even aware he had, carried out an assassination, he bought a Bribery point, and he occupied a church I hadn’t scouted. In one move he was right on my tail. I wouldn’t even have minded if I’d lost, I was just impressed.

It’s quite possible that I’ll always remember my game of Antihero with Pjotrek for the sheer style of it. But he still lost, although only by the skin of his teeth. There’s no one way to win Antihero, no set strategy that guarantees victory. You just have to hope you’re the best at being a bad guy. And it feels good when you are. 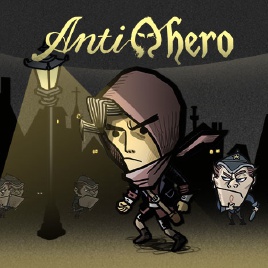