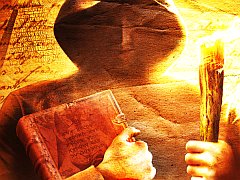 Broken Sword: Shadow of the Templars – The Director’s Cut Review

“Paris in the fall. The last months of the year, and the end of the millennium. The city holds many memories for me – of cafes, of music, of love… and of death.”

How about that for an opening gambit? These are the first words spoken by George Stobbart, American tourist and the hero of Broken Sword – one of the most celebrated games in the history of point-and-click adventures. As our story begins, we find George sitting at a café, flirting with the waitress. A man with a grey hair and a briefcase appears, and moments later a sinister clown arrives on the scene. The clown snatches the man’s case and runs from the café, leaving behind an accordion with a suspicious blinking light. It’s a bomb. The ensuing explosion utterly destroys the café, but George survives and immediately sets out to find the red-nosed killer.

It’s a highly provocative opening – or rather, it was. The original Broken Sword: Shadow of the Templars began with the sequence I’ve described, but this new Director’s Cut shakes things up a bit by starting its tale with Nico Collard – a nubile photojournalist whom George encounters shortly after the bomb-blast. Nico ends up witnessing the murder of a celebrity named Pierre Carchon, a man who may have had some connection to her father. Nico’s investigation into the killing forms a new prologue-like episode that dovetails neatly into George’s main adventure, adding a couple of hours worth of fresh gameplay.

If you’ve already read my review for the Wii version of this game, you’ll know how I feel about Shadow of the Templars: Director’s Cut. The original Broken Sword was a superb game, and many of its key strengths – particularly its story and sharp puzzle design – are as potent today as they were back in 1996. As with the Wii update, this DS Director’s Cut now features large portraits that appear whenever two characters enter into dialogue, close-ups drawn by Dave Gibbons – co creator of the comic book Watchmen. On the Wii, these animated pictures were superimposed over the main action, but now they occupy a slightly more natural space on the handheld’s top screen. Another notable addition to the game takes the form of new mini-game-like puzzles that occasionally pop up to provide a break from the standard point-and-click progression. Finally, the developer has also thrown in a hints system and removed the ability to die – concessions that should make the game slightly more accessible to a wider audience.

Naturally, most people reading this won’t have played the original; you’re probably less interested in the changes, and rather more keen on hearing about how the game plays today. Well, to paraphrase Talking Heads, it’s “same as it ever was”. Back in 1996, the best things about Broken Sword were its neatly-designed puzzles and its well-written, ever-engaging plot. Both of these elements stand up well today. As I said in last week’s preview, Shadow of the Templars rarely leaves you in that position where you’re simply rubbing your entire inventory against every object in sight, vainly hoping for some kind of result: You’ve invariably got a fairly good idea of what you’re supposed to be doing to progress – the challenge lies in working out how you do it. Perhaps you might need to distract a workman so that you can get at his toolbox (ahem). Give him a newspaper to read, and he’ll wander off, leaving you free to plunder his wares.

The game’s slippery plot has also lost little of its lustre, ferrying you around Paris and to Spain, Syria and even to a busy little pub in Ireland. Without giving too much away, the crux of the story involves a shadowy group of villains who appear to have some form of connection to the legendary Knights Templar – the medieval order who were at one point the most powerful force in Europe. The central mystery blends historical mythology with a hefty serving of murder and conspiracy theory; it’s a bit like The DaVinci Code, apart from the fact that it’s a not a big pile of steaming dung. A large part of the game’s success can be attributed to its lovable cast. George himself is a brilliant hero – witty and chivalrous, yet ever so slightly foolish. He’s ably supported by a wide range of memorable characters, and all of them – from the incompetent gendarme to the lusty English aristocrat – are amusing to talk to. Thirteen years has clearly done nothing to blunt the game’s highly amusing script.

Now, one of my major criticisms of the Wii Director’s Cut was that the audio had been somewhat neglected. While the new dialogue was crystal clear, much of the older speech seemed muffled and low in quality – a contrast that was particularly evident when new and old sound files were played in succession. On the DS, this isn’t a problem – because there simply wasn’t enough room to include spoken dialogue on a tiny cart. Normally this would be a shortcoming, but on this occasion the absence of shoddy audio arguably makes for a more-rounded product. The same can be said for the decision to re-use all of the game’s old FMVs: on the Wii some of them looked pretty bad, but on the lower-res DS screens their age is far better hidden. At the other end of the spectrum, the new artwork really suits the dual-screen format. Gibbons’ portraits appear during conversations, and the rest of the time there’s some form of “mood” picture relating to wherever George and Nico are currently exploring. Both image sets look great, and there’s even a bit of 24-style multi-perspective trickery during a few of the cut scenes.

The DS doesn’t quite escape all of the problems that affect the Wii release. As nice as it is to get an extra helping of original Broken Sword gameplay, the new Nico-related sections of the game are slightly awkward in their implementation. As a stand-alone episode they work fine, but there’s something a bit strange about the fact that you now begin the story with one character, get to know her for a bit and then completely switch to focus on George. It feels a bit odd, and it also has the unpleasant side-effect of diluting the explosive opening of the original. This is more of a minor irritation than a fatal failing, but it’s still a strange design choice.

On a more positive note, most of the new content is great. Some of the new puzzles are top-notch – particularly the coded-letter I described in my preview – and the new mini-game puzzles add a fair bit of variety: even an early sliding-block puzzle manages to be quite engaging. The game’s interface and general presentation is also a plus, with helpful vibrations being used to indicate when your pointer is floating over something interesting. I also have a lot of respect for the new hint system – slowly providing increasingly-clear pointers, and rationing the frequency with which you can ask for help. It’s quicker and easier than looking the answers up online, and it encourages the player to think their way through difficult bits. After all, solving difficult puzzles is one of the true pleasures of the genre.

On the Wii, Shadow of the Templars: Director’s Cut was a great game slightly marred by a few minor flaws; on the DS it’s a great game that makes the best of its platform. The only real weakness of this version is the absence of spoken-word dialogue, but then that was never going to be part of the package. If you’re trying to work out which version of this game to get, this is probably the one to go for. As I said in the other review, Broken Sword is a cracking little game: It’s intelligent, it’s funny and it’s overflowing with charm. If you’ve finished Professor Layton and you’re looking for something to occupy your time – something that combines decent puzzles with a ripping yarn – then this is well worth a gander.

If you've finished Professor Layton and you're looking for something that combines decent puzzles with a ripping yarn, this is well worth a gander.
9 Makes good use of the DS screens Excellent plot and puzzles Still a great example of the genre Fans may miss the spoken dialogue

Broken Sword: Shadow of the Templars – The Director’s Cut

Builds on the original, boasting a new and explosive narrative interwoven with…

Broken Sword: Shadow of the Templars – The Director’s Cut

Builds on the original, boasting a new and explosive narrative interwoven with…