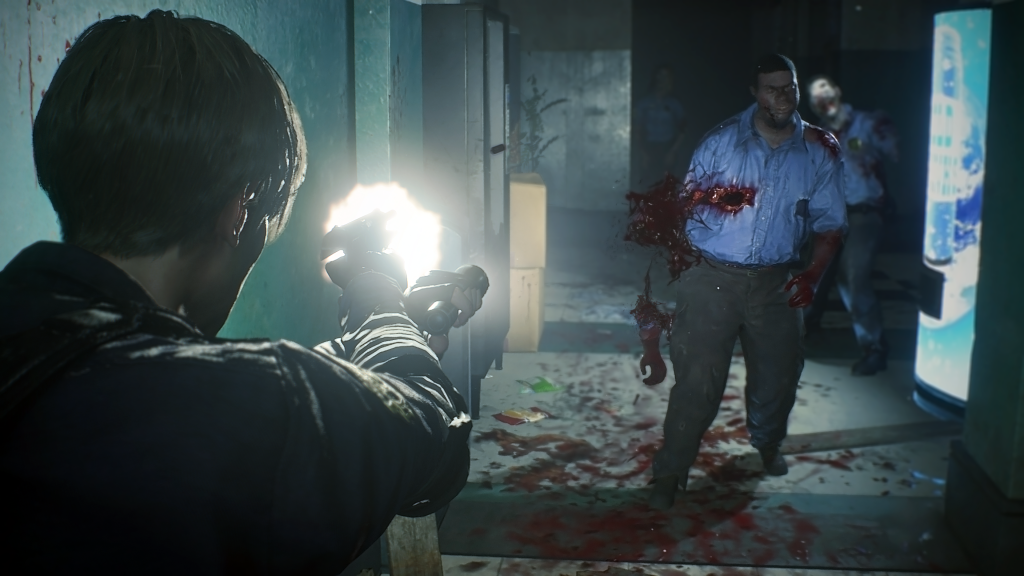 Resident Evil 2 might be the best Resi ever, again

This is a bit of a brain-breaking moment for me. The Resident Evil 2 remake could well retake the crown as best Resident Evil game, after losing it in 2005 to Resi 4, by using a bunch of mechanics from the very game that beat it in 2018. Time: you’re a shitheel.

Anger at the crushing inevitability of your own mortality aside, Resident Evil 2’s remake isn’t like the original Resi’s HD version we saw a few years ago; itself a remaster of the Gamecube’s 2002 remake of the very first game. Nah, that’s way too convoluted and, frankly, old fashioned.

Resi 2 2 is a complete do-over, bringing modernised controls alongside its gorgeous, horrifying, beautiful, disgusting graphics. It looks properly like a game made for current consoles in contemporary times – yet at the same time manages to feel exactly like the original 1998 game I loved so very (too) much. 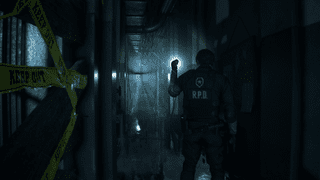 If this is reading like the foaming lunacy of an idiot who can’t get his thoughts straight because the game he played was so very good, that’s because that's exactly what’s going on. The Resident Evil 2 remake surprised me in the best possible way and left me grinning like an idiot, safe in the knowledge that Capcom – so far – seems to know exactly what it’s doing.

The basics are still as they were – you take control of either Leon S Kennedy, on his first day at the Racoon City Police Department (during a zombie outbreak); or Claire Redfield, on the hunt to find her missing brother Chris (during a zombie outbreak). Things go wrong, keys have to be found, ridiculous puzzles in a police station have to be solved, and the undead menace has to be shot in the face while both characters’ stories overlap at numerous points.

It was brilliant in 1998, and while it’s been entirely redone for 2019 I do feel like it’s on the right track. The demo I played started from Leon’s entry to the police station and immediately threw a curveball in that Marvin – the half-dead cop you meet after getting into the office first time around – is out in the main hall, less dying (but still injured), and giving you different clues as to what to do next. Then I had to go through the door on the right of the screen first, not the left. This madness will not stand. 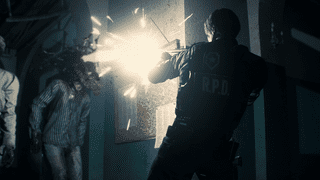 Well, it will stand. And the changes are more than just a character being in an unexpected place, a change in the direction you travel, or the lack of a Licker reveal when you expect it. The mechanics have some fundamental alterations that make things incredibly different, while also keeping the feel of Resi 2.

Your third-person perspective involves jogging about, shining your torch into way-too-dark corners of hallways, and shooting wildly as more zombies than you planned for burst through a doorway you’re sure was locked.

Quick note: my initial encounter with a zombie involved me wasting about 10 valuable bullets from my pistol as I realised damage on the undead is both permanent and sickeningly detailed. As another zombie jumped me from the side, I realised damage to Leon (and one would assume Claire) is also permanent – likely until you apply a first aid spray or healing herb. It’s a small touch, but it really adds something.

The atmosphere throughout Resi 2 redux veers well away from that of recent entries to the series – it doesn’t feel quite as unsettling as Resident Evil 7, and it’s not as all over the place as Resi 6. No, this feels much more like… well, I’ve said it a few times now, but it really is remarkable how much it does feel like Resident Evil 2. It’s claustrophobic; unsettling; dangerous. 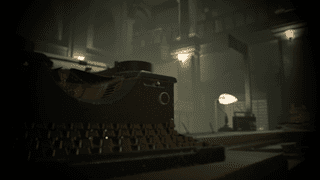 The norms do not apply to this post-apocalyptic city; the sole force of law and order in Racoon City is in ruins, the streets are overrun, thousands are dead, plenty of those are undead. It’s a worrisome place to be, and – really – the bit where you think the Licker is about to jump out, when you encounter the cop with the half-lacerated-off face, that’s just… unsettling. Again.

Nobody can have a proper opinion on a game after 20 minutes of playing it, but I am confident about Resident Evil 2’s remake from that long with it. It absolutely nails the feel while being something entirely it’s own thing, expertly mixing decades of additional experience on the Resident Evil series with the 20-year-old original. I’m slightly in love, and not just because my first shot with the shotgun absolutely eviscerated the faces of two zombies in one go.

I was initially a bit miffed the new Devil May Cry wasn’t on show at Capcom’s booth, as playing yet another remake – even one of my all-time favourites – wasn’t high on my list of Important Shit. Well frankly, Dante, Nero – whoever it was in that trailer – can wait: the Resident Evil 2 remake was up there with the absolute best of E3, and I absolutely cannot wait for its January 25 release.

Now if they find a way to get Barry Burton in there – I’ll even accept DLC – it’ll be the GOAT for sure.