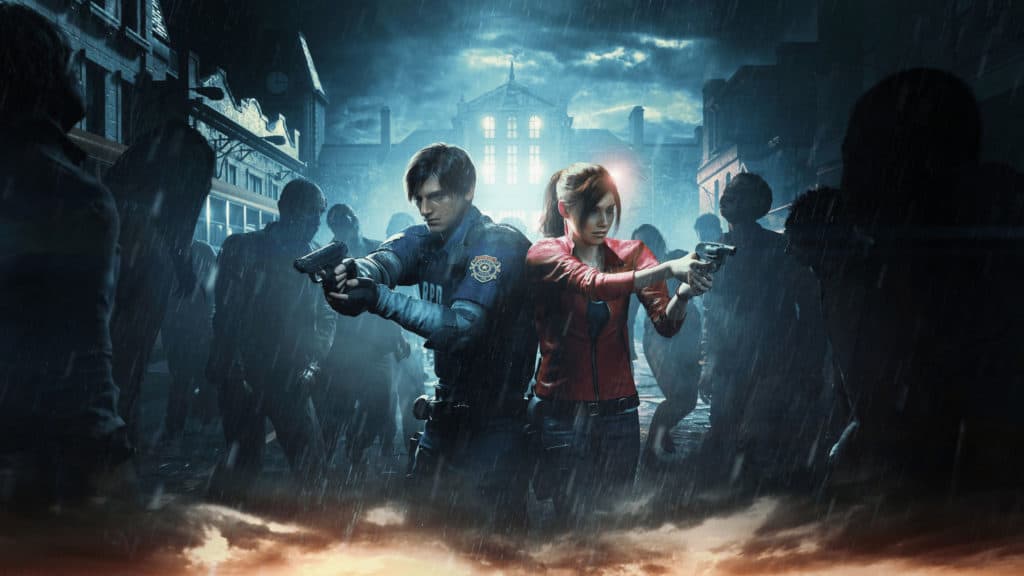 The original Resident Evil 2 was an absolute belter. In fact, when it came out, in 1998, only a few things could touch it in terms of screen time: Tekken 3, the FIFA World Cup, and Frank Butcher running over Tiffany in EastEnders. It was ruddy huge, sold millions of copies, and most people consider it the best entry next to Resi 4. It surpassed the original game in almost every conceivable aspect, its ambitions clear from the minute you step foot into the wrecked streets of Raccoon City. This was Capcom’s Terminator 2 moment; its Godfather Part II; its Nevermind, all rolled into one. With the remake, Capcom has not only surpassed the original, but created what is unequivocally one of the finest slices of survival horror you can get your mitts on.

Resi 2’s core experience is still bifurcated. You follow wet-eared copper Leon S. Kennedy and ballsy biker Claire Redfield as they rock up in Raccoon City, which, unbeknownst to them, has been infested with flesh-eating zombies. Their campaigns interweave in terms of locations and key events, but, for the most part, they experience a unique, claret-drenched romp that feels distinct enough that you’ll want to give both a shot. That’s where the familiarity stops, though. Resi 2 is a monster when it comes to subverting your expectations; if you’re a veteran, then put aside a good chunk of what you know – this is an entirely new beast. 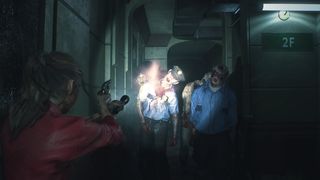 The most obvious change is the Resi 4-style over-the-shoulder camera, eschewing the static backdrops of the original. It’s a more intimate view of the zombie apocalypse, and a major paradigm shift for Resi 2. Combat becomes a more strategic affair as you are given the chance to aim for specific weak points or lop off enemy limbs, although it pays to think ahead. Indeed, Resi 2 is at its best when you need to plan your next move. This is a survival horror game, make no mistake – you’ll need to pick your fights and manage your life-giving herbs wisely if you’re to make it out of Raccoon in one piece.

To their credit, Capcom nails this aspect; there’s just enough ammo so that you don’t feel totally helpless, but nowhere near enough to make you feel like Alice from those naff Resi films. Like the gangrenous limp of a T-Virus victim, Resi 2 creeps along at a refreshingly slower pace to contemporary horror games. It’s a methodical shuffle through the remnants of society, where every accomplishment – no matter how small – feels like you’ve just one-repped 150KG on the bench. Rarely has a game made me breathe a sigh of relief when I stumbled across a hidden cache of ammo or nimbly dodged the razor-sharp tongue of a marauding Licker, but Resi 2 made me appreciate these moments in spades.

Resi 2 has some stellar rucks. Boss battles are a thrilling mix of pant-shitting spectacle and tense gunplay, as you frantically try to avoid getting clobbered while looking for that crucial window to hit your enemy where it hurts. Its bombastic stuff. To be fair, it’s a brilliant way of punctuating the meat-and-potatoes of Resi 2’s core experience, and again plays into micromanaging your supplies – you better hope you’ve got enough ammo to fell the boss, or you’re buggered. Even so, you won’t feel cheated if you do cock up; Resi 2 makes you think about every step you make, so any screw-up is down to you rather than the game. 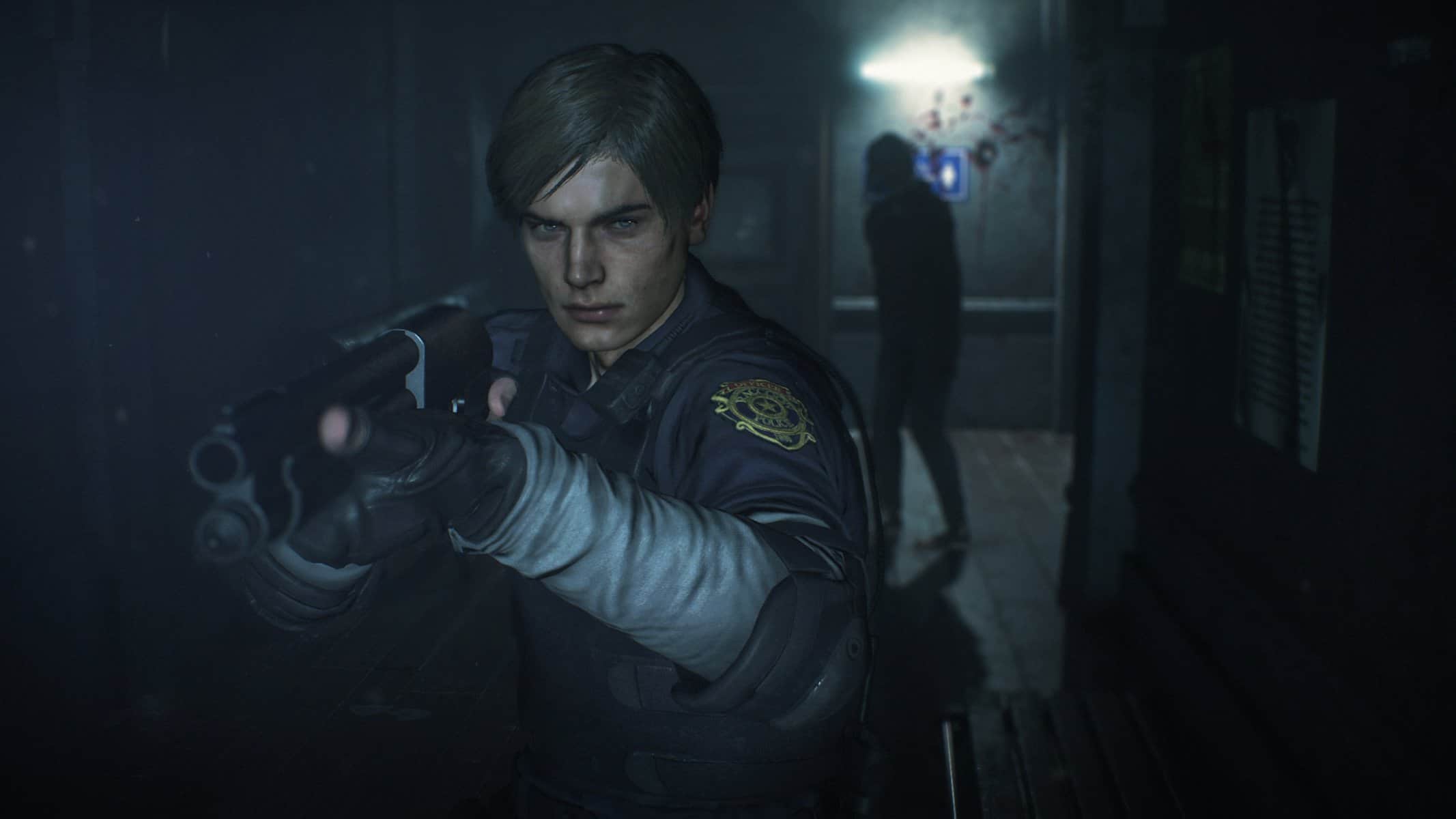 Capcom’s pleasingly given its Resi 2 revamp a little more of a cerebral edge. Okay, so the puzzles aren’t going to give you that much of a problem, but there’s more thought gone into them, and more than often you have to examine items in your inventory to find their true function. Furthermore, the puzzles also accommodate a nice bit of backtracking, fuelling exploration and ensuring you’re never stuck in one place for too long. Even the ubiquitous square crank makes a return. Combined with the constant fear of running into a pack of zombies or a ravenous Licker, Resi 2 settles into a compelling, gut-wrenching loop, driven by your own curiosity.

Resi 2 sells its atmospheric values on the back of some stunning visuals. The RE Engine, which also powered Resi 7, is back in full force, breathing new life into those iconic, 20-year-old environments. The grandeur of the RPD is back, its incongruous mix of fine art and modern policing equipment as striking as it was back in ‘98 – and it has an actual working toilet now. Meanwhile, the sewers are positively gross, your character wading through a river of malodorous sludge, dim lighting sending shadows dancing off the grime-coated walls. Raccoon’s infested streets depict a city on the brink of collapse, corpses shuffling in between burning car wrecks and smashed shop windows.

Characters are, likewise, exquisitely detailed, so much so, in fact, that I’m constantly discovering layers of nuance every time I play it. Leon’s boyish good looks are marred by patches of dirt and sweat; Claire grimaces in pain as the ex-Old Bill sink their rotting teeth into her shoulder; and the Tyrant’s wrinkled mug is downright disturbing, its stoic, soulless gaze unmoved as it inexorably stalks you through the RPD’s chilly halls. In short, it’s a fucking amazing looking game. 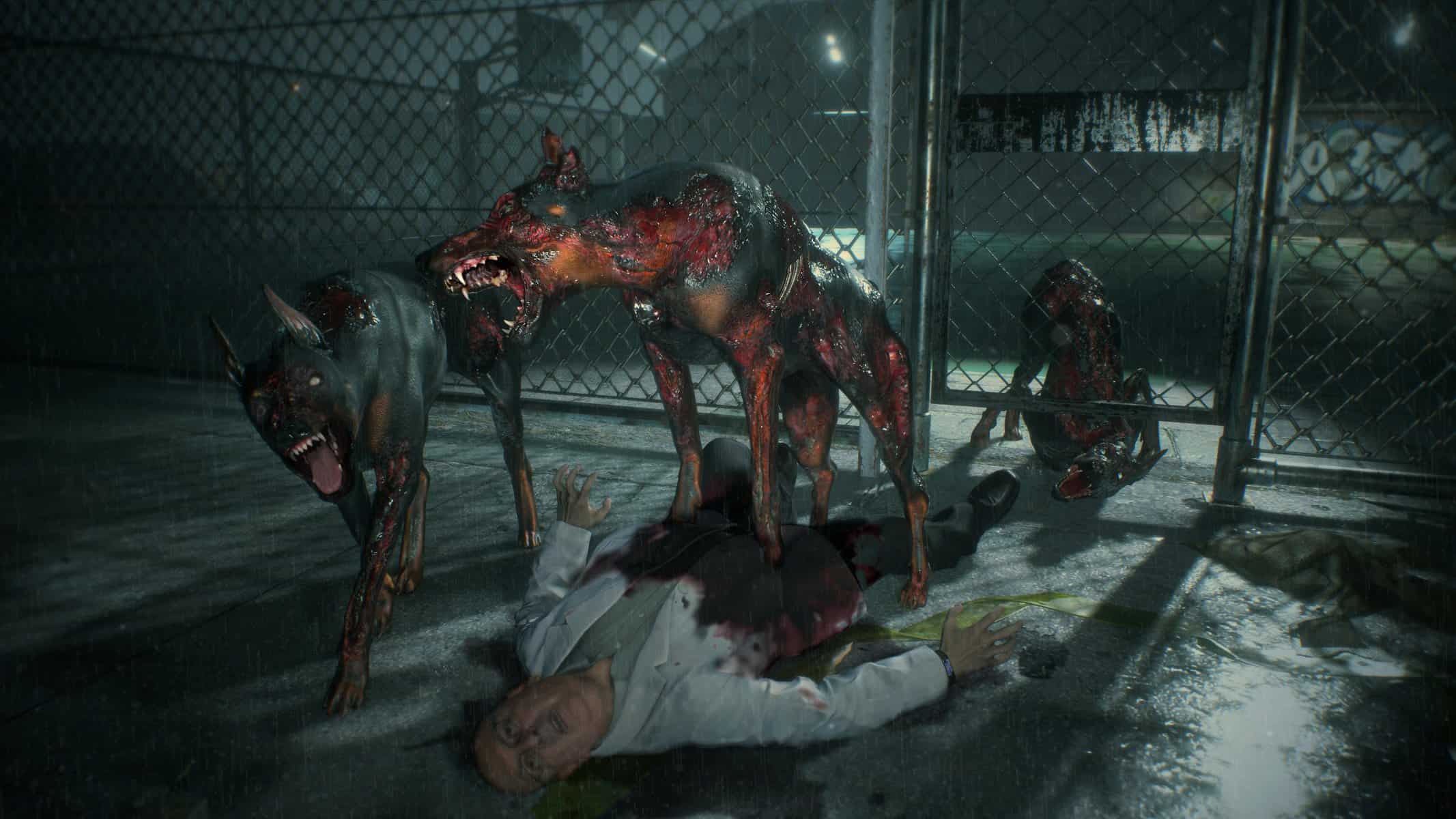 Ploughing through the two campaigns isn’t the end of things, though. The B scenarios, known here as 2nd Run, make a return to give a fresh perspective on things. While ostensibly the same adventure – its core narrative beats are essentially the same – 2nd Run is tougher, with ammo scarcer and items, puzzles, and enemy placements reshuffled. Throw in the unlockable The Fourth Survivor and Tofu Survivor mini-games, and you’ve got a compelling reason to keep plugging away.

Is Resi 2 perfect? No. There’s some conspicuous absences from the bestiary, something which would have been welcome in adding a little more diversity to the enemies you encounter. Not that zombies outstay their welcome – unpredictable as they are – but it’s an odd decision nonetheless. The performances are solid, especially when compared to the mangled ramblings of previous Resi games, although the writing is occasionally wonky. There’s a couple of notable scenes that have also been cut, which old gits like me will miss. To be fair, it’s a tough job striking a balance for veterans and new fans, but Capcom has made a solid effort.

Resident Evil 2 is an incredibly polished remake of one of video game’s most celebrated titles. More importantly, it stands on its own two feet; newcomers will feel right at home stepping into the zombie apocalypse, and there’s absolutely no need to worry about getting bogged down by 20+ years of lore and preconceived notions. It’s a massive treat for those of us who were there at the start, yes, but when all’s said and done, Resi 2 is just a fantastic game in its own right.

Resident Evil 2 is more than a remake of a classic game, it's one of the most accomplished horror titles you'll play for a long time
9 Amazing visuals A tense, satisfying horror experience Multiple campaigns and unlockables The best zombies you'll see in a video game