Luigi’s Mansion 3 is like a manic spring clean, in October 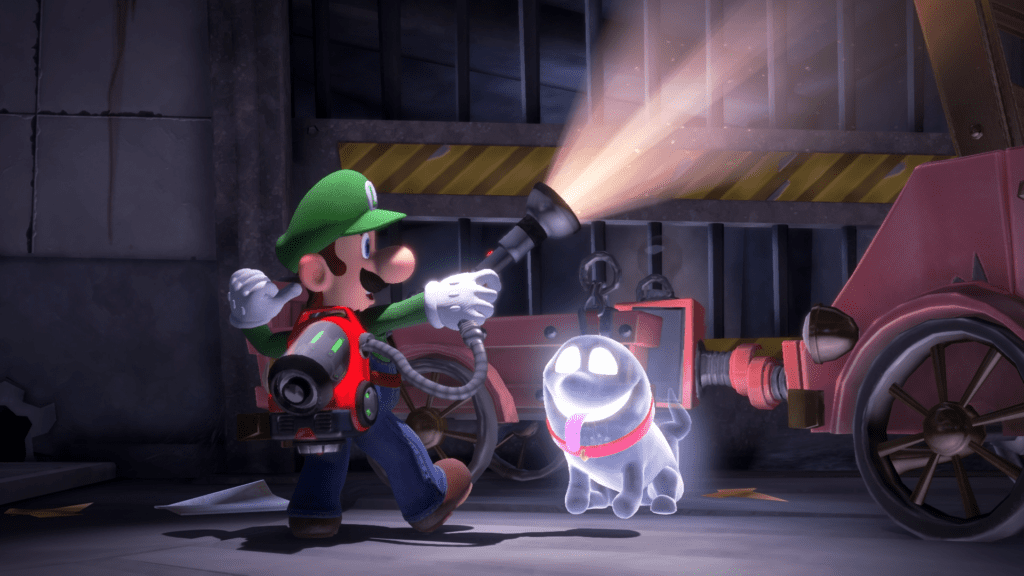 Well, it isn’t a mansion; it’s a hotel, but it’s a glorious hotel. I spent the first ten minutes of Luigi’s Mansion 3 marvelling at the polished brass and wood in the waiting area, beyond the check-in desk. The developer is Next Level Games, the Vancouver-based studio that made Luigi’s Mansion 2 (called Dark Moon in America), and its name feels apt: not only does Luigi climb the many floors of the building – collecting missing buttons for the panel in the lift – but every part of Luigi’s Mansion 3 is taken up a level, buffed to a soft sheen. It’s the first high-definition game in the series, and the decent thing to do, I think, is waste as much time as possible staring at the soft stitching of his hat, and the waxy finish of his moustache – like two slugs mating beneath his nose.

Following the fondly-remembered original, which was developed by Nintendo and came out on the GameCube in 2001, is no easy task, but Next Level has always had technology on its side. The second game looked sharp on the screen of the Nintendo 3DS, and its thrills loomed like a pop-up book, and now the Switch version, with its crisp colours and plush detail, makes you feel as if you’re holding a doll’s house. Couple this with the kooky furnishings of Nintendo – the cavorting Toads, the gabbling of Professor E. Gadd, and the goofball performance of Charles Martinet, as the hero – and you wouldn’t know that it hadn’t sprang straight from the offices of Nintendo EAD, in Kyoto. 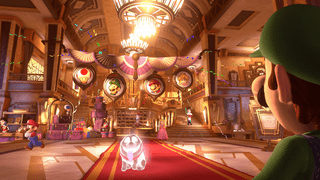 If you’re already gearing up to gust about the halls when the game is released, this Halloween, then I am pleased to report that the gusting is in excellent order. It is only a few minutes in to Luigi’s stay at The Last Resort when things go a gloomy shade of wrong, and rather than do as I should have done, and attempt to rescue Luigi’s imperilled friends, I instead aimed the nozzle of the vacuum cleaner – the Poltergust G-00, I should say – at every surface I could see. Books, bins, suitcases, wardrobes: no nook should go unguzzled. It’s an oddly calming, quietly thrilling thing, like a fevered spring clean, and there’s no end to the joy of seeing junk shooting off shelves and converting to coins and glinting gold bars, all to be hoovered into your pockets. Before we even get to the ghosts, I would recommend the game to anyone in need of a simulated bout of stress-relief de-cluttering.

But then we do get to the ghosts, and the business of busting them. This means first stunning them with the flashlight and then hitting them with the Poltergust. You lure them in by pulling back on the analogue stick and flipping them to and fro, as you would to wrestle a wilful fish. The fights are as satisfying as they ever were, and they come with a couple of smart additions: the first is a roped plunger, which you fire at flat surfaces and suck back in to shift heavy obstacles, and the second is the Burst attack, which blows a wall of air outwards, knocking back any ghouls crowding you. The highlights of my time with the game so far include an empurpled spectral maid, who stubbornly swallows a suitcase you need, and a glowing blue bellhop (to say nothing of Polterpup, Luigi’s dead pet dog, who slathers and yaps his way through walls). 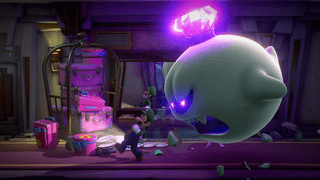 These additions to combat have the feel of precision-tuned playthings; they are useful for the capture of spirits but also for poking about the crannies of the hotel. The plunger is a pleasure to launch at anything which looks yankable, and I found myself using the Burst to shake up the dust and debris, the better to dislodge any hidden treasures. This is a very Nintendo type of fun: simple tools, sumptuously moulded, and plenty of ways to play with them, leaving you with the cleverly seeded notion that you’ve forged your own fun. There can scarcely be higher praise for Next Level’s efforts, and they pair perfectly with the corridors of the hotel, which stretch along, loaded with luggage carts ripe for plundering and doors that beckon you in.

I have yet to make it the game’s gooier mechanics. I speak, of course, about Gooigi, whom we first encountered in Luigi’s Mansion 2 and who can slime his way through gaps and spikes but cannot abide water. Oh, the puzzling promise! Having only played around two hours of Luigi’s Mansion 3, my thoughts are still in a slimy state, having yet to harden into any decisive critique. Still, what’s here has me unreasonably eager to get hoovering, and there is a distinct crackle of excitement, during a time of year in which Call of Duty: Modern Warfare sits heavily on the horizon, along with the dour seriousness of Death Stranding, at the prospect of hanging out in a mansion with Luigi and a gang of mischievous ghosts. Well, it’s a hotel.