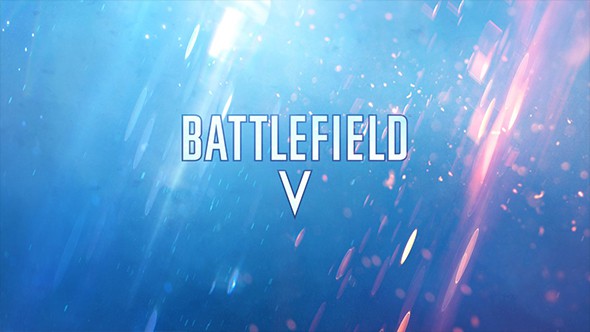 Here’s some important stuff you can do in Battlefield V

Still, while the grisly shooter (and that’s no understatement; there’s a shed load of claret being flung about the place) mostly does what it says on the tin, there’s some surprisingly neat wrinkles that have been added to Battlefield’s polished paradigm that look set to differentiate it from That Other Shooter that’s out later this year.

Following EA and DICE’s ‘deep dive’ into Battlefield V with the press yesterday, here’s some stuff you can look forward to doing in the game when it ships this October.

1) You can combine a Tiger Tank with an AA Gun

Just like in Only Fools and Horses’ Nelson Mandela Estate, anything that’s not nailed down in Battlefield V is going to be nicked at some point or another. Specifically, any stationary weapon can be pinched and towed by the player, giving you the chance to create some interesting Frankenstein’s Monster-style killing machines. One option thrown around in the briefing is the fact you can nab a Tiger Tank, nick an AA gun, and throw them together, effectively letting you tackle anything that gets thrown your way.

In Battlefield 1, if a grenade lands at your feet your only option is to either leg it or stand there and get blown up. Now however, you can chuck a foe’s grenade back at them or even shoot it out of the air if you’re a shit-hot shot. Okay, so it’s not exactly revolutionary, but at least it cranks up the dynamic nature of battle. 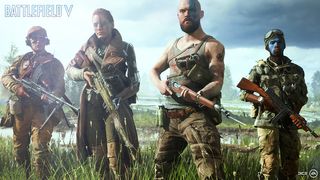 3) You can bomb enemies with a V1 rocket

Germany’s V1 rocket, colloquially referred to by the Allies as the buzz bomb, is one of the biggest payloads you can drop off in Battlefield V. The debut trailer for the game briefly depicted one of the doodlebugs cruising over the battlefield with its distinctive whirl, before dropping in silence and hitting the deck, levelling everything in its path. We’re guessing this thing will be nerfed pretty sharpish.

4) Anyone can revive a teammate

Battlefield V’s Medics are still going to be instrumental in the survival of your squad, but now anyone has the ability to revive someone. The action is also a bit more detailed, as you’ll now clamber on top of the victim and perform resuscitation rather than just shoving a needle in them and moving on. Medics perform the action far quicker, though, which brings us to our next point…

5) You can’t fully heal yourself on your own

Battlefield V doesn’t give you a get out of jail free card when it comes to health. You can’t just stick a plaster on a boo-boo and expect to walk around fully healed; instead, you’ll need to either visit a supply cache and patch yourself up, or find a medic to facilitate the process. Magic first-aid kits are most certainly not a thing.

DICE put a massive crosshair on the fact Battlefield V’s War Stories will be focusing on the lesser-known events of World War II. After all, as crucial as events such as D-Day and the invasion of Berlin are, they’ve already been tackled countless times in the genre. As such, we’ll be duking it out in occupied Norway circa 1943 as a female resistance fighter, as well as mixing it up in North Africa, the French countryside and Rotterdam throughout the game’s single-player campaign.

7) You can blow stuff up and rebuild it

There’s a bit of Fortnite creeping into the mix here. Battlefield V employs a building tool, which means you can erect various fortifications to give you the edge in the middle of a ruck. Chiefly, it’s possible to rebuild destroyed structures such as houses and more to help boost your defenses, and pretty much anything military-based can be concocted using the tool.

8) Your character and weapons can evolve

Battlefield V is all about a concept known as The Company. Customisation is the name of the game here, as you can select a character (and, later, weapons and vehicles) and continue to pool resources into them, evolving their appearance and abilities in combat. This extends to your gear, and while the options available are pretty much what you’d expect (weapon scopes, stocks, plus vehicle camouflage), it’s at least giving you a more personalised experience. 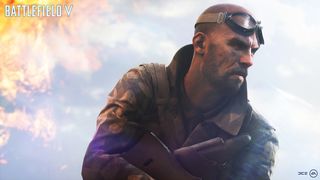 Chances are you’ll probably end up brown bread at some point in Battlefield V, but there’s more to do than simply dive into your next spawn point. Now when you die, players will be transported to a new over-the-shoulder view of your teammates, which you can cycle through allowing you to see where they are and what they’re up to. From this screen, you can then opt to be taken back to the traditional overhead map and get stuck right back in the action.

10) You can be antisocial if you want

Multiplayer is the meat-and-potatoes of Battlefield games, and V is no different. However, this time around you’re given the option of flying solo if you’re not in the mood to mingle, as opposed to being squaddied up before a match. You probably shouldn’t through, as teamwork is what Battlefield V’s all about; squad leaders now have to more to do, and if you’re pretty wank at the job you’ll quickly be replaced, giving you further incentive to get your act together. Squad wipes are now a major thing too, so if you manage to bump off the entirety of the opposite team you will be rewarded far better than in BF1.

Battlefield V is due out on PlayStation 4, PC, and Xbox One on October 19, with an Open Beta rolling out soon.