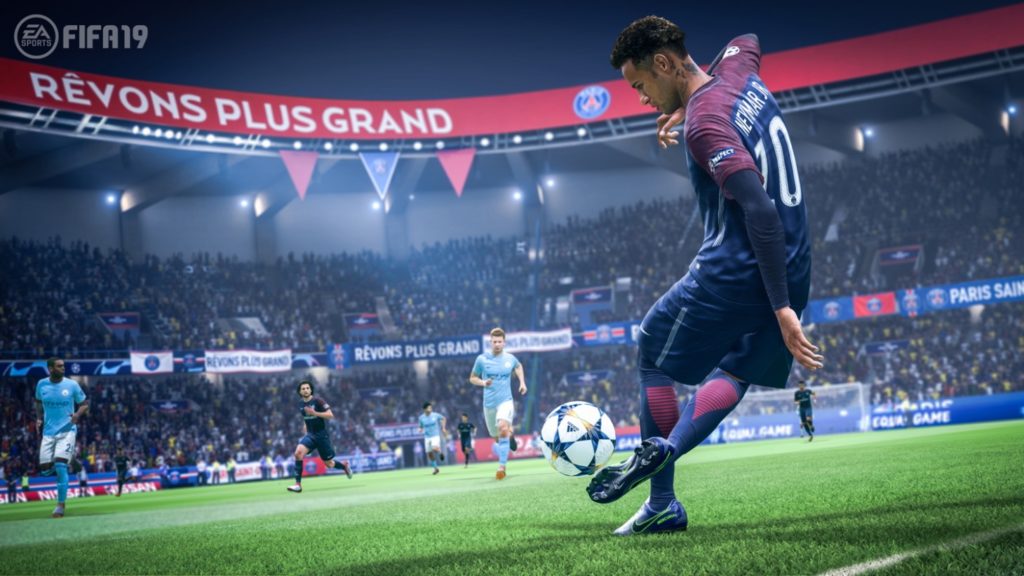 FIFA 19 is FIFA but with some new newness

FIFA 19 really is super happy it has the Champions League in it now, mainly because this means you get a new commentary team comprising of – clench yourself, it’s going to be thrilling – Derek Rae and Lee Dixon.

I mean, it doesn’t get much better than that, does it? Might as well call it here. Hands-on impressions aren’t required; FIFA 19 has Lee Dixon droning on about stadia he’s played in, and that he used to be a footballer you know, and that players should play the way he says even though he doesn’t have the guts to be a coach, and… look, I’ve nothing against Lee Dixon.

The Champions League is a coup for EA Sports, of that there’s no doubt. It was one of the few things The Only Other Football Game You Can Buy had going for it, and now PES does indeed not have it.

With ‘it’ comes all the presentational bells and whistles; the on-screen graphics and fanfare is… it’s FIFA. It’s always great. Top notch stuff. Good presentation. And that does extend – in once again cut-down fashion – to the Switch version of FIFA 19.

I made a beeline for that version, only to encounter a group of besuited men being told ‘you don’t want to play that, it’s just the tablet version’. Corporate events are very fun!

Anyway, I did want to play it, and it’s not just the tablet version. Has FIFA 19 grown much from last year’s game? In short: no not much. In less short: it’s hard to tell the difference between FIFA 18 and FIFA 19 at a glance, and while I’m sure – or I hope – plenty has been done under the hood, it’s not something a jet lagged 30-something can notice by playing three games on the thing.

What that fat idiot can notice, however, is the new newness. Champions League and, for some reason, Lee Dixon are the marquee additions, but there are other things. Steel yourselves. 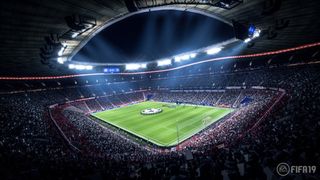 For you see, we have elements like more realistic 50/50 battles, with FIFA 19 taking into account things like positioning and momentum and strength and size and general physics when it comes to two players trying to kill each other over a leather sphere. Bosh!

We have ‘Active Touch’, which impacts elements of both ball control and strikes of that very same ball. We have timed shots, a thing that could end up being brilliant or completely break the game. It’s a risk/reward system whereby double-tapping shoot – hitting it the second time just before your player’s foot connects with the ball – produces a much better quality strike than any regular shot would. Cock up your timing and you’re spooning it into some unfortunate sod’s Pukka Pie – and believe me, it’s easy to cock it up initially – but get it right and you’ll bag a screamer. Bing!

We have no the Journey mode on Switch, meaning… oh, that’s no good. Still, there’s a bit of an explanation to go with it: the story mode will return on the more powerful machines, but the Switch’s custom engine isn’t suitable for the continuing adventures of Alex Hunter. EA Sports says it ‘isn’t closing the door’ on the possibility of the Journey hitting a future Switch FIFA, but for now, it’s a no. Bugger!

If you can smell the cynic gland working quite hard here, it’s because it is. FIFA 19 is another FIFA game, and it plays as well as FIFA has for the past decade, and it’s well made and it’s fun, and it gets football right and – at times – is surprisingly progressive both in features and content within. But it is, after all, another FIFA game, and when you’re presented with a new license and a list of tweaks as Reasons To Be Cheerful, it’s hard to work up much enthusiasm. 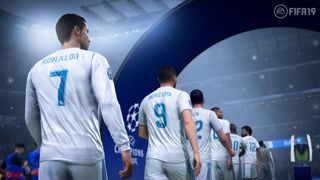 There was one area in which my wry cynicism curled up, though. This was in the face of EA Sports’ continued efforts to make FIFA a game that anybody can and will play. It’s been a slow drip of additional features and little tweaks over the years, and it’s starting to look like the finished product from an accessibility standpoint.

We’ve had on-screen contextual tutorials and training games for a while, and the addition of the Journey – the aforementioned single-player story mode – presented us with a surprisingly engaging way of playing what was, really, a glorified training mode. A good one, but a training mode nonetheless.

And that approach continues with the addition of one-button controls. Two-button controls have been present a while – why not boil it down a bit more, eh? Obviously it’s a help for those without much in the way of FIFA skills, but it also presents a genuine, straightforward and fully it’s-in-the-game supported way of people with physical disabilities to play and enjoy things.

Basically it leans heavily on the game’s AI, with the game choosing the best course of action for where your player is, where the ball is, and where your teammates and opponents are. You press the button, it’ll pass, shoot, tackle, cross, whatever it decides needs to be done in the given situation. I love the idea, and I hope it works well. Accessibility isn’t a dirty word, after all.

So what else is there to say? It’s FIFA 19; it’ll have eerie mannequin faces for players; the Switch version is cut down but more than competent; some people will still prefer PES; Lee Dixon is secretly my hero.

Yep, that about covers it. 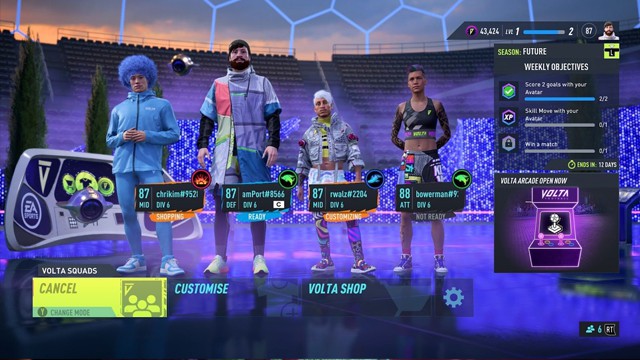