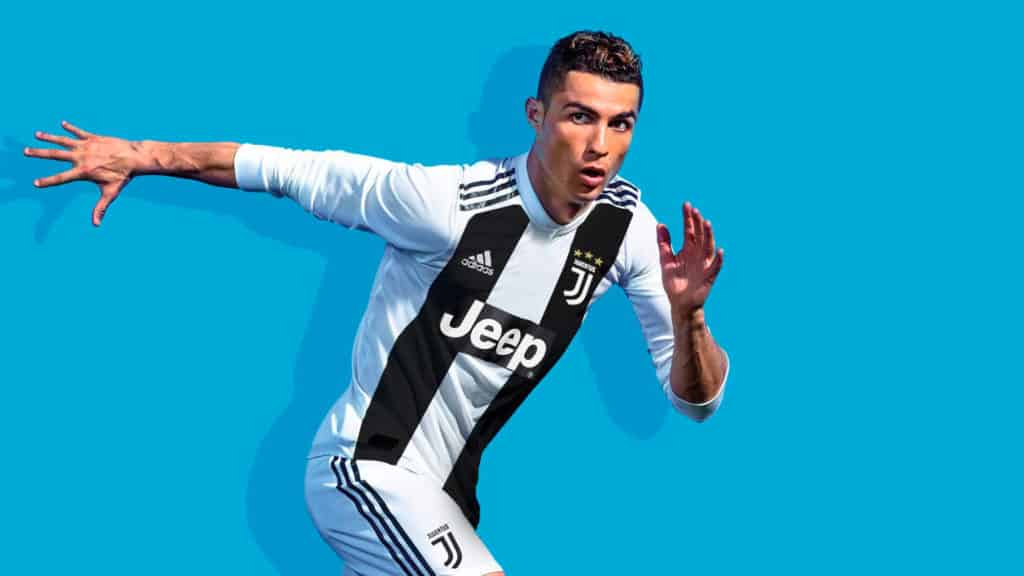 Tony Britten created magic in 1992 when he composed a three minute anthem that’s now synonymous with the game of football. Whether it’s Atletico vs Real, Chelsea vs Liverpool, or Werder Bremen vs Levski Sofia, there’s something about that song that lets players know they’ve reached the big time, and fans know they’re about to witness something important. In club football there’s no bigger occasion than a Champions League night, and in video games there’s no football series with the heft of FIFA. After a few shoddy years – in how it played, not monetarily – FIFA has been back on the ascent, and the inclusion of the Champions League (and Europa League, I suppose) in FIFA 19 is the Giovanni Infantino-shaped cherry on the ethically suspect, yet delicious-looking, cake.

Every movement and take looks far better than it has before because of the improved first touch system. It’s never been easier to bamboozle defenders with the right stick, making them look like a group of confused politicians trying to negotiate the UK’s departure from the European Union. Players of a certain skill are able to send a marauding centre half the wrong way, too, by faking one direction before making a burst for t’other. It’s a true depiction of how the elite play the modern game; it’s all about dinking the ball ‘round your rival, and making a blistering run into the box. As Kylian Mbappe. Probably not as Peter Crouch. The ball can be pinged along the deck at alarming speed, as well, providing end-to-end action with countless countering. It’s faster, and thus more enjoyable: the sanitisation of FIFA is more or less a distant memory.

There’s been one significant tweak to shooting, reminiscent of golf games pre-analog swing. After initiating the shot, you have another chance to ensure you strike it as sweetly as you can. By pressing the B or Circle button on contact, you’re promised a more oomphy and precise effort; I haven’t mastered it, nor am I ever likely to master it, to be quite honest. You can end up making a complete hames of it if you get the timing wrong, and I found the risk wasn’t worth the reward. There’s no question that, when pulled off, it makes for an almost unstoppable screamer, but still, it’s generally more hassle than it’s worth. But if, by the time you’re reading this, you’ve already mastered it, well done. Congratulations. You’re very good at shooting the ball in this simulated sport. 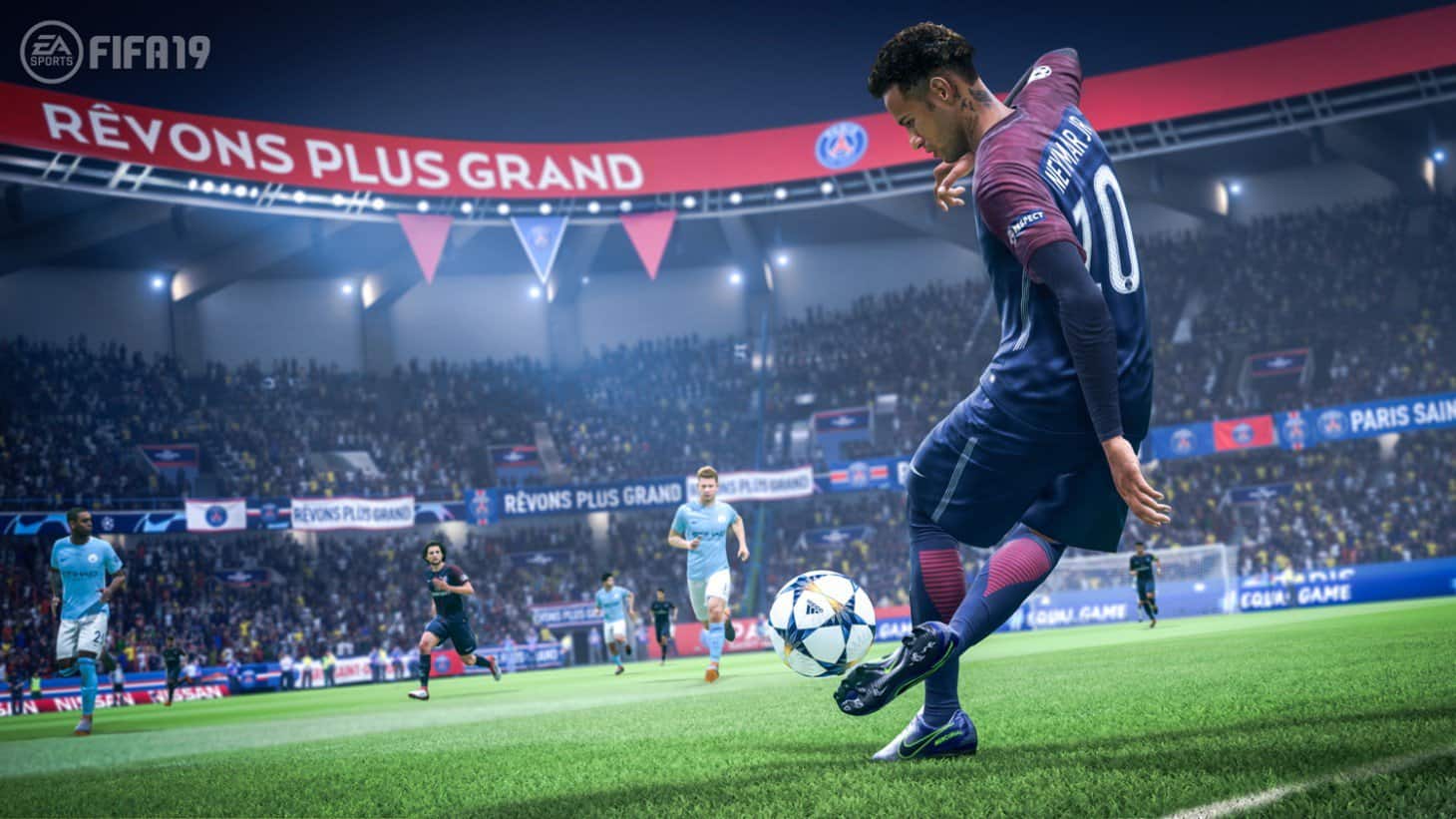 There’s also more scope off the pitch, too, with the new Dynamic Tactics system. While you could always, in real time, change the team’s mentality to ultra defensive to maintain your narrow lead during squeaky bum time, you can now set pre-match game plans that you’re able to switch between while the ball is in play. Before the whistle you can set up on-the-fly strategies to cater for every situation that have much greater effect than they have before. You no longer have to go into the pause menu and fiddle with formations, and instead can see your plan take shape before your eyes. It’s a wonderful level of control that throws fiddling about in the pause menu by the wayside.

The updated Kick Off mode has some delightful takes on the once simple exhibition mode. Those who lack imagination can still play the bog standard 90 minute affair, while the rest of us renegades can engage in matches where goals outside the box count as two, or ties where only volleys and headers count towards the scoreline. There’s even a no rules option; make your fantasy of 11 Duncan Fergusons a reality, and piss yourself laughing while you’re at it. The AI tends to be a little wayward with these modifications, unable to fully grasp the rule changes, but in a multiplayer setting it’s glorious. And competitive. Now, your stats across all match types are tracked, so you can truly determine whether you or your pal is the better FIFA player. It’s probably them. They’ve figured out how to do the fancy new shooting properly. But that’s just because they haven’t touched story mode yet.

Alex Hunter returns in The Journey: Champions, alongside his sister and USWNT rookie Kim, as well as best pal and Premier League star Danny Williams. Many sneered prior to FIFA 17’s launch, but it turned out to be a welcome addition in both that, and 18. The well’s run dry, though. It’s still a bit of silly fun where the acting evokes memories of Sky One’s Dream Team and the Champions League takes centre stage, but the soul-destroying training sessions and endless padding drag it on much longer than it should. In order to improve each of the three playable characters you have to perform well in training, and while you can simulate these sequences if you’d prefer, you’ll rarely get results close to those you’d obtain from doing it yourself. After working these drills numerous times already in the two previous chapters of The Journey, and being forced to repeat them ad nausea here, I’m done. I’d much prefer a more condensed tale that delves deeper into Danny’s feelings about his brother, or Alex’s relationship with his mother, but instead I have to prove to the gaffer I’m ready to play in the starting XI by driving the ball over some wooden planks that have been placed in front of the goal. Again. And Again. 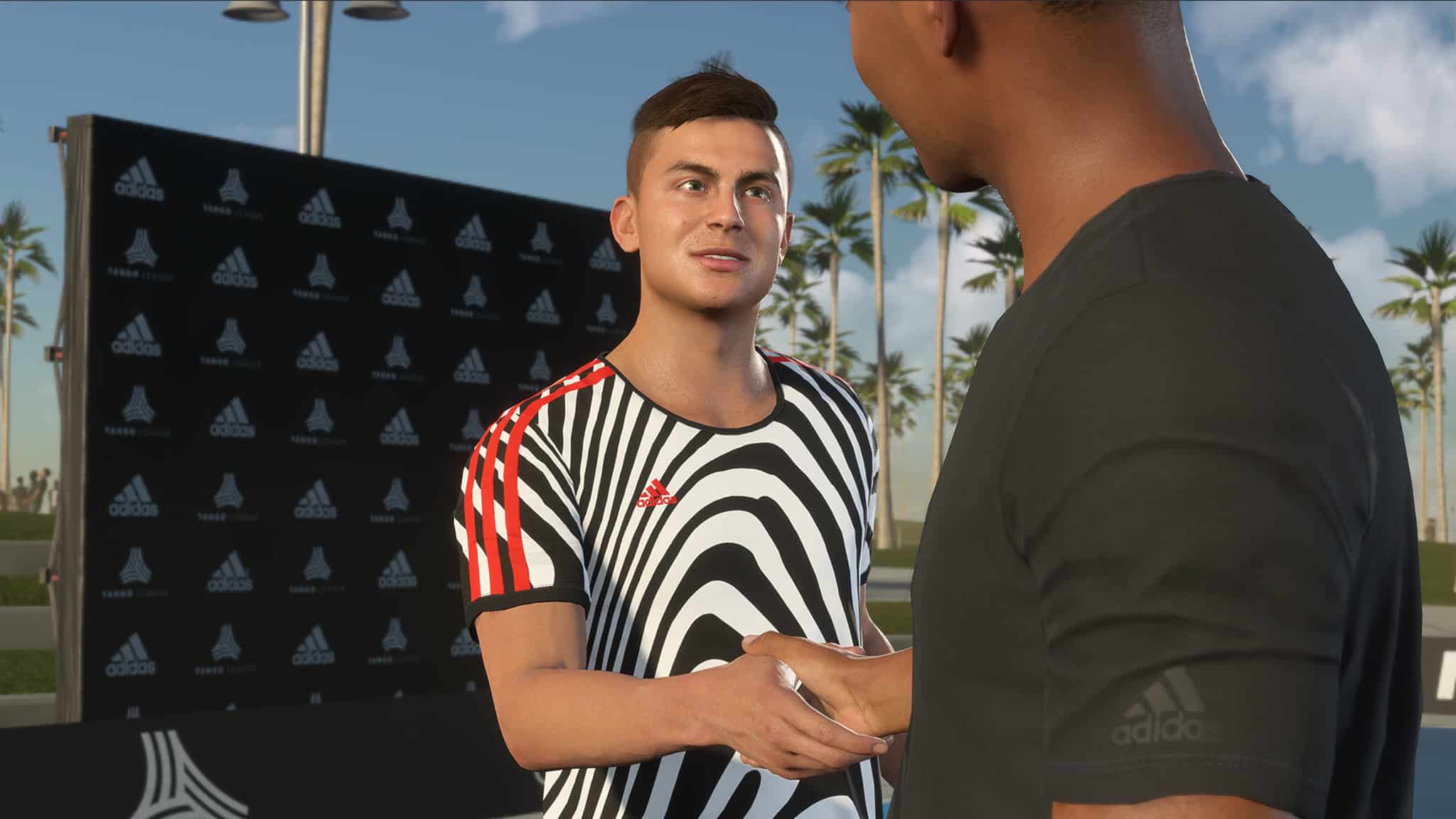 Last year’s FUT improved exponentially for the likes of myself with the single player-focussed Squad Battles, and while this year’s doesn’t break the mould too much, it has made multiplayer more approachable with Division Rivals. After a couple of qualifying matches, as such, your skill is determined and you’re then matched up against players of a similar level, rather than getting your arse handed to you game after game against those who play incessantly. A welcome change. Still, you’ll do far better if you fork out some cash.

Tinkering with your squad’s chemistry and trying to fit in the maestro playmaker you’ve *finally* packed is terrific, but know that those online will probably have a team of greatness because they’ve handed over a wad of digital bills to EA in exchange for a myriad of gold players. Granted, odds are now displayed due to the ongoing debate on whether loot boxes are a form of gambling, but that doesn’t make FUT any less pay-to-win. Yes, you can do it *the honest way* and build up your team of lovely boys by collating FIFA coins and subsequently dumping them into cards in the hopes that you pick up a Messi, but you likely won’t. Instead, you’ll feel compelled to join the rabble in an attempt to just compete. This hasn’t changed, and likely will never change because FUT makes too much money. Shame.

FIFA 19 isn’t perfect: the career mode is largely unchanged, The Journey feels overly familiar, and the timed shooting is superfluous at the best of times, but there’s no question that it improves on last year’s effort. The series has embraced fun with the brilliant Kick Off mode, and a more fluid representation of the sport. Add to that, the fact you have more autonomy over what happens on the field in the moment, and you have the best FIFA in many years.

FIFA 19 is the finest playing game in the series. The Journey may be after running its course, but the fluid representation of football, the added element of Dynamic Tactics, and the madness of the updated Kick Off mode are all wonderful.
8 The new Kick Off mode is glorious End-to-end action Switching strategies on the fly The Journey's padding with training FUT is still pay-to-win