You really should buy Narco Terror for £1.68 - VideoGamer.com 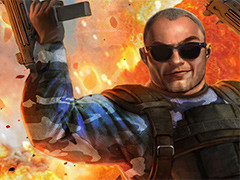 You really should buy Narco Terror for £1.68

Narco Terror is some of the dumbest fun you can have on Xbox Live – and now it’s available for around the same price as a McDonald’s Double Cheeseburger.

The twin stick shooter has been discounted as part of this week’s Xbox 360 Deals with Gold, joining Ubisoft titles Call of Juarez: The Gunslinger, From Dust, Flashback and more all for a couple of quid.

Narco Terror is obviously the highlight at £1.68, but From Dust and Juarez both seem well worth picking up for £2.49, too. Alternatively, you can grab recent release Child of Light for a reduced £8.03, or if you’re on Xbox One, Thief’s available for £23.99.

There are other deals available, too, but remember: to take advantage of them you’ll need to be an Xbox Live Gold member.