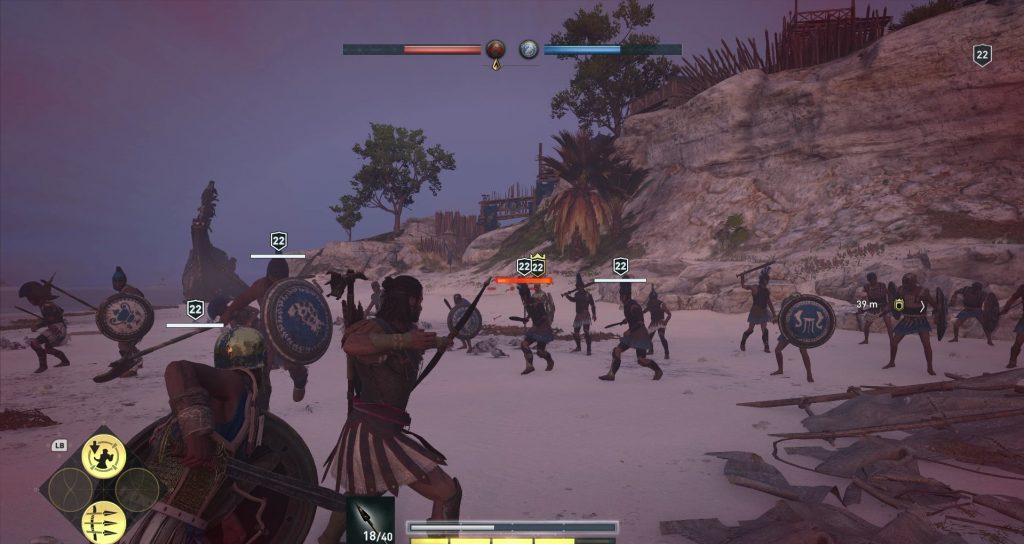 Fresh details on Assassin's Creed Odyssey are starting to trickle out of E3 following its debut at Ubisoft's press event, and it's now confirmed we'll see a modern day story included in the Ancient Greece-set adventure.

This probably isn't a shocker considering the Assassin's Creed games have always featured contemporary narrative threads that run alongside the historical-based shenanigans.

Remember Desmond Miles? Well, okay, he was pretty dull, so maybe not. But they've always been a thing.

Odyssey's modern story will take place after Origins, which means protagonist Layla Hassan will once again be returning. Those of you who played Origins will remember she brushed shoulders with a familiar face, though we won't spoil it for those who didn't see it through.

Assassin's Creed Odyssey will launch on PlayStation 4, PC, and Xbox One on October 5. The game will offer the choice of a male or female protagonist, and expands on the RPG elements seen in Origins by including optional dialogue choices among other features.

Naval encounters are also coming back to the fold, and it seems they'll play a larger role than they did in last year's game.