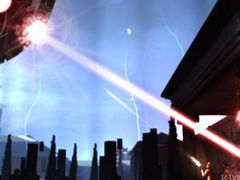 2K’s XCOM, a tactical squad-based shooter based on the sci-fi franchise, is planned for release during the publisher’s fiscal year 2014, 2K has said.

2K says that its Marin studio “continues to make progress” on the title.

The publisher’s third quarter results also confirmed the title as in development for Xbox 360, PS3 and PC. Wii U isn’t mentioned.

XCOM was announced back in April 2010 as an Xbox 360 and PC exclusive. In 2011 the game was changed to a class-based FPS, development included PS3, and a March 2012 release date was planned. However, the game was again delayed and latest rumours suggest it has become a downloadable third-person shooter.