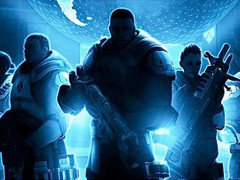 XCOM: Enemy Unknown, the hit PC and console strategy game from Firaxis Games, will be released for iOS this summer, 2K Games has announced.

Bringing the console and PC experience over to iOS is 2K China.

“The idea was to port the game fully,” lead developer Jake Solomon told Polygon. “The one exception we made was to the number of maps in the game, but we still have all the destructible environments, there’s the fog of war – this is a full AAA game we’re porting. It really is XCOM.”

The team at 2K China began work on the port around a year ago, before the console and PC game shipped.

The major difference with the iOS version is a cut down number of maps – a necessity down to file size limitations on iPad – plus a reworked user interface to make use of the touchscreen.

XCOM: Enemy Unknown will be released this summer for iPad, iPhone and iPad touch at a premium price.