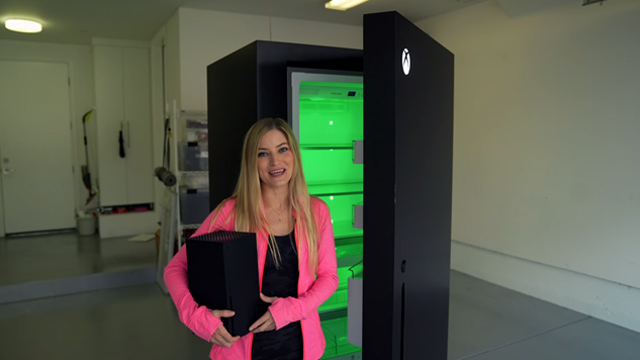 Xbox has created and sent out several Xbox Series X refrigerators over the weekend to a select number of influencers as part of the run up to the Xbox Series S/X launch.

You may remember all the way back when the Xbox Series X was formally revealed last year there were plenty of jokes about the appearance of the new console, with many noting it looked like the kitchen appliance. Now, a year later and a little over two weeks ahead of the console's launch, Microsoft has sent out an actual, working fridge, complete with green glow and Xbox Series X start up sound when it's opened.

Three of the fridges have reportedly been made, with one being sent to tech influencer & YouTube personality Justine Ezarik and another being sent to rapper Snoop Dogg, with a third set to be given away in a contest to one lucky winner. Xbox's General Manager of Games Marketing Aaron Greenberg retweeted the videos from both saying "You knew we had to do this, check out the full unboxing of the fastest, most powerful fridge!"