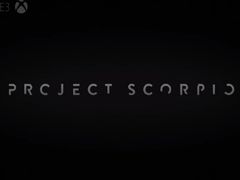 Xbox Scorpio will have a launch line-up of games

Just like a launch of a new console generation, the Holiday 2017 Xbox Project Scorpio will have a launch line-up of games, Xbox boss Phil Spencer has said.

The difference here is that these launch games will also play on Xbox One.

“For you and I, we usually think about generations in terms of what games will it play?” Spencer told Eurogamer. “This thing will play Ryse: Son of Rome, a launch game for your Xbox One. And we’ll have launch Scorpio games as well that are playable on an Xbox One, Xbox One S and Scorpio and look great on all three of them.”

The Xbox boss also reiterated that “there won’t be Scorpio exclusive console games. Absolutely not.”

“When you’re buying a console game from us, you know that console game will run on your original Xbox. No-one gets left behind. We said that on stage. Your Xbox One S and Scorpio. That’s an important design point for us. They’re all part of the same family. And we want to make sure just like when you’re buying your music today, you don’t worry about upgrading to a new phone that somehow won’t play your old songs or your new songs. We think about your Xbox One collection of games that will move with you between those different consoles,” Spencer explained.

In fact, owners of both the Xbox One and Scorpio will be able to freely play the same game across both systems.

“Somebody today will have an Xbox One, and when Scorpio comes out they will buy Scorpio and they will put Xbox One in a different room, and we’re obviously going to make sure that as they move between rooms that they’ve got access to the same games,” he explained.