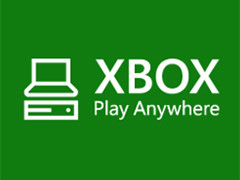 Microsoft has revealed the full list of confirmed Xbox Play Anywhere games, its new program that gives players access to both an Xbox One and Windows 10 PC copy of the game with a single digital purchase.

This year’s Forza Horizon 3, Gears of War 4, ReCore are all included in the program, as are next year’s Sea of Thieves, Halo Wars 2, Scalebound along with a few more. You can take a look at the full list below:

A game of paranoia and survival in a dystopian English city circa 1964.

Lead a band of robot companions on an epic adventure to save mankind.

Race and explore the rugged wonder of Australia with your friends in over 350 of the world’s greatest cars as you win millions of new fans and build the ultimate automotive festival. How you get there is up to you.

A new saga begins for one of the most acclaimed video game franchises in history. JD Fenix and his friends must rescue the ones they love and discover the source of a monstrous new enemy.

Inspired by cartoons of the 1930’s, Cuphead is a classic run and gun action game heavily focused on boss battles.

Halo Wars 2 delivers real-time strategy at the speed of Halo combat. Get ready to lead armies against a terrifying new foe on the biggest Halo battlefield ever.

The freedom of the pirate life awaits in Sea of Thieves, a shared-world adventure game where you and your friends can be the pirates you want to be.

The next great adventure from critically-acclaimed developer PlatinumGames and renowned Game Director Hideki Kamiya, experience the journey of a young loner, Drew, who is pulled into the strange, beautiful and dangerous world of Draconis.

The end is here. Life as you know it has gone to hell after the mother of all zombie outbreaks. Now you and the few scattered survivors must band together to survive and rebuild.

Stop crime as a super-powered Agent of justice in Crackdown 3’s hyper-powered sandbox of mayhem and destruction.

The legendary fighting franchise is back with all new visuals, over-the-top action, a wild cast of combatants, rocking reactive music, and combo breakers.

Stranded on the shores of a mysterious island, you must learn to survive. Use your cunning to kill or tame the primeval creatures roaming the land, and encounter other players to survive, dominate… and escape!

As well as offering both copies of the game at no additional cost, Xbox Play Anywhere also lets players transfer their saves, DLC and achievements across both Xbox One and Windows 10 PC. It is currently only available with digital games and is not available with copies bought physically. Microsoft has yet to announce plans to offer the service with physical games.

As with all other Xbox One games, Xbox Play Anywhere titles will also work on Project Scorpio following the console’s release late next year.