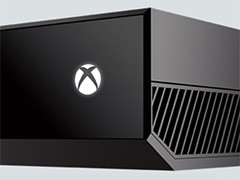 Xbox One’s release date has been narrowed to “late November”.

The launch window was mentioned in the terms & conditions of a PepsiCo competition, who has partnered with Microsoft to give away “thousands” of Xbox One consoles this autumn.

“Xbox One has [a] targeted launch date of late November 2013,” reads the competition’s terms, “therefore, the initial shipments may be slightly delayed; please allow 12-14 weeks for delivery”.

Microsoft announced a partnership with PepsiCo earlier this year, which saw “limited edition” Doritos and Mountain Dew products branded with the Xbox One logo.

So far, Microsoft has only confirmed a November launch window for Xbox One.

The ‘late November’ date suggests Microsoft could be preparing itself to go head-to-head with Sony’s PlayStation 4, which launches in the US on November 15 and in the UK on November 29.

Pre-orders for Xbox One are still available, but expected to sell out soon.