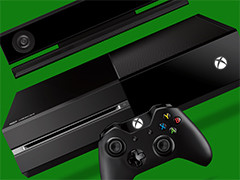 Xbox One getting another price cut in Europe?

UPDATE:A Microsoft spokesperson has confirmed to VideoGamer.com that the â‚¬349.99 price listed on the Spanish Xbox.com was done so “in error”.

Clarifying the mistake, the spokesperson confirmed that the platform holder currently had no plans to lower the European price to â‚¬349.99 and that the site would be rectified to display the original â‚¬399.99 price point.

ORIGINAL REPORT: Microsoft may be preparing another Xbox One price cut in Europe after a lower â‚¬349.99 price was discovered on the Spanish Xbox.com. The console currently retails for â‚¬399.99.

If true, the revised price (spotted by NeoGAF) would be the second official price cut in Europe, having launched for â‚¬499 just 9 months ago.

The lower price only appears on the mobile version of Xbox.com, with the desktop version still displaying the higher â‚¬399 price. At this stage, the UK does not appear to be receiving a similar price cut.

Is Microsoft planning to announce a European price cut at Gamescom next week? VideoGamer.com has contacted Microsoft for comment.