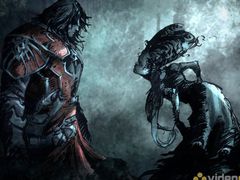 A last minute hitch with Xbox LIVE has delayed the release of Konami’s Castlevania: Lords of Shadow Reverie DLC, which in turn forced a delay of the PS3 DLC too.

“It’s delayed due to a last minute issue which we hope to have fixed shortly. Working with the Xbox team to resolve,” said Konami producer David Cox on Twitter.

He later added: “It’s an issue with XBox LIVE we are trying to fix. This is why it’s not up yet.”

Asked on Twitter what had happened to the release of the PS3 DLC, Cox added: “Because we have agreements to sim ship our products with Microsoft. Gotta thank the Sony Europe guys for respecting that!”

Reverie sees players return to the Castle to help Laura, the former servant to the vampire Camilla, in destroying the evil that was previously kept in check by the recently slain Queen. Players must restore balance in two brand new chapters.

The downloadable content will be available from PSN priced £6.39 and via Xbox LIVE priced 800 MS Points.