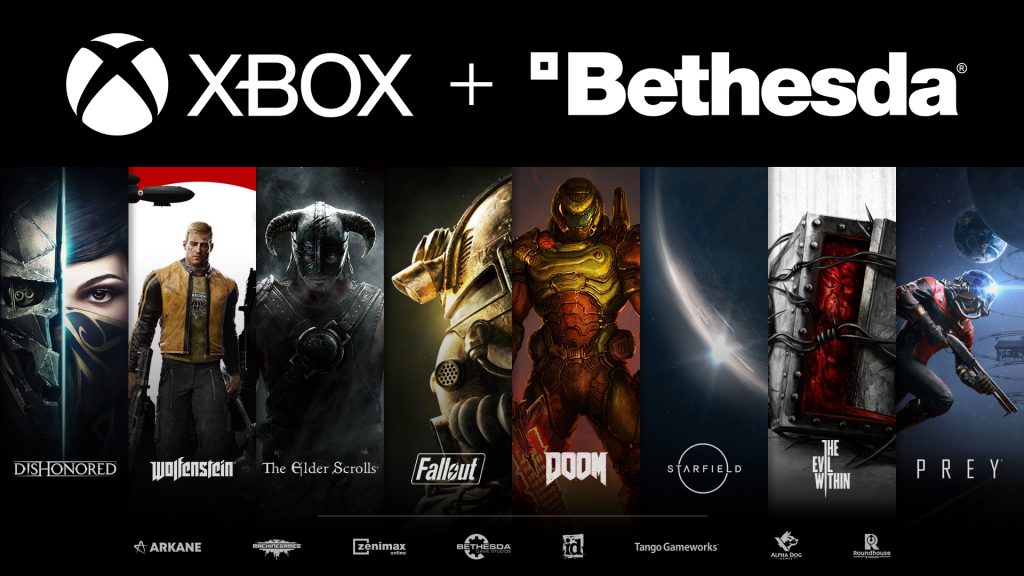 Microsoft just dropped one heck of a announcement, as it's announced that it's entered into an agreement to acquire ZeniMax Media, parent company of Bethesda Softworks in a deal worth $7.5 billion USD.

The announcement means that Bethesda and all of its creative studios will be coming under the Xbox Game Studios umbrella, including Bethesda Game Studios, id Software, Arkane, MachineGames, Tango Gameworks and more.

It's a monumental announcement, meaning game series like Fallout, Doom, The Elder Scrolls, Dishonored, Wolfenstein and more are now all under the Xbox umbrella —as well as upcoming titles such as Deathloop, Starfield and The Elder Scrolls VI.

In an Xbox Wire post detailing the announcement, Microsoft have said they intend to add Bethesda's "iconic franchises" to Xbox Game Pass for PC and console and say "Like us, Bethesda are passionate believers in building a diverse array of creative experiences, in exploring new game franchises, and in telling stories in bold ways. All of their great work will of course continue and grow and we look forward to empowering them with the resources and support of Microsoft to scale their creative visions to more players in new ways for you."

Those on non-Microsoft owned platforms might not have to worry about all those series disappearing from their boxes though, as a statement from Bethesda's own Pete Hines said "We’re still working on the same games we were yesterday, made by the same studios we’ve worked with for years, and those games will be published by us."

On the aqusition itself, Hines said the deal would "Allow us to make even better games going forward. Microsoft is an incredible partner and offers access to resources that will make us a better publisher and developer. We believe that means better games for you to play. Simply put – we believe that change is an important part of getting better. We believe in pushing ourselves to be better. To innovate. To grow."