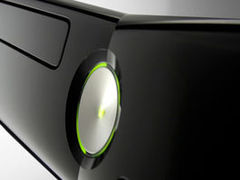 Xbox 360 to be supported for three more years – Microsoft

Microsoft will continue to support Xbox 360 for “another three years”, the platform holder has said, revealing that “over 100 new games” are still in development for the console.

Speaking at the Citi Global Technology Conference yesterday, CVP of marketing & strategy for Microsoft’s IEB Yusuf Mehdi said that, “If you look at 360, that platform lasted for 7-8 years and it’s going to last for another 3 years.

He later added that “over 100 new games” are expected to ship on Xbox 360, including first-party titles Fable Anniversary, Project Spark and Zoo Tycoon.

Mehdi’s comments suggest that Microsoft will begin to phase out Xbox 360 around mid-2016 – a dramatically different approach to that of the original Xbox.

Xbox 360’s successor Xbox One goes on sale this November.