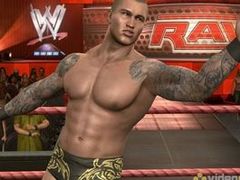 Following hugely aggressive pricing at the lunch of FIFA 10 a few weeks ago, retailers are at it again, this time with THQ’s WWE Smackdown vs Raw 2010.

Supermarkets are in on the act with Tesco reported to be selling the PS3 version for £25, while Asda has the Xbox 360 game for the same price. If you’d prefer to have the game delivered to your door, then Amazon is also playing, offering both the PS3 and Xbox 360 versions for £25.

Find out if WWE Smackdown vs Raw 2010 is any good by checking out the VideoGamer.com review.