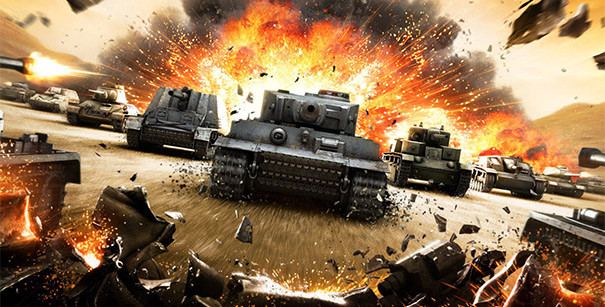 Developer Wargaming has rolled out the meatiest update yet for its military-themed combat outing World of Tanks, with version 1.0 offering a treasure trove of additions and fixes for popular title.

The main highlight here is a brand new graphics engine, Core, which replaces the antiquated BigWorld tech that had been powering World of Tanks since its inception in 2010. This has allowed Wargaming to completely revamp 29 of the game’s maps using the Core engine, so they now feature ‘greater depth, beauty, and realism.’

Speaking of maps, there’s a brand new offering in the shape of Glacier, a post-apocalyptic battleground that had not been possible to cobble together on the BigWorld Engine. Thanks to Intel’s Core engine however, it’s now up and running and looks pretty nice to boot.

Elsewhere, the game’s soundtrack has also been given plenty of attention, with 60 new compositions from Andrius Klimka and Andrey Kulik now available to enjoy, giving each map a unique flavour with dynamic music reflecting the mood of each battle.

Needless to say there’s a whole bunch of other key changes on offer, so we recommend popping on over to the War of Tanks official website and checking them out. Right now it’s unknown if these features will be added to the console versions of the game, but we’ll keep you posted.

In celebration of World of Tanks update 1.0, its developer is also planning to launch the Grand Extravaganza on March 29, allowing players to hoover up various in-game bonus content and physical prizes from Intel. The event will run until April 13.

World of Tanks was originally released on PC in 2010 and has since come to PlayStation 4, Xbox One, and Xbox 360.