Wii U Premium accounted for 60% of launch sales 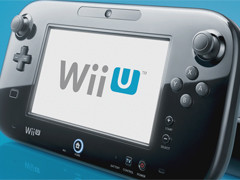 The Wii U launched in the UK on Friday, almost six years after the Wii made its UK debut on December 8, 2006, but which version of the console was most popular?

The console launched with 24 titles from 11 publishers, versus 14 from eight publishers for the Wii, two of which came from Nintendo. Nintendo Land and New Super Mario Bros. U were the system’s biggest sellers – charting at No.11 and No.14, respectively – mimicking the success of Wii launch titles Zelda: Twilight Princess and Wii Play.

Ubisoft was the biggest third-party supporter of the Wii U, with six games available from day one, and much like the Wii claimed the best-selling third-party title with ZombiU (Red Steel did the same on Wii).

Check the full chart breakdown for a more in-depth rundown of how the Wii U launch titles performed.