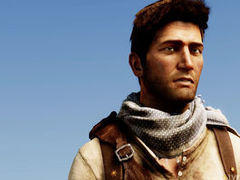 What’s next for the developer of Uncharted: The Nathan Drake Collection?

Bluepoint Games may not be a household name, but it’s the Austin, Texas studio responsible for a whole host of video game remasters, including the recent Uncharted: The Nathan Drake Collection.

With the three-game set now in stores, what’s next for the team which formed in 2006 by key members of the Metroid Prime development team?

“It’s been great to see the reception of UNDC so far,” said Marco Thrush, Bluepoint owner and CTO. “There was a lot of ground to cover in the three games, and it’s not until the collection was released that we could sit back and feel a sense of accomplishment.

“We’re enjoying a short breather and are very excited to get into our next project. It’s a bit of a different kind of project this time around, and we’re very excited about the new challenges it brings.”

It’s anyone’s guess as to whether Bluepoint is working on a new game or another remaster.