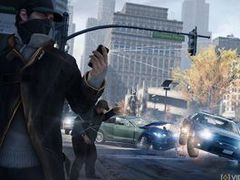 Watch Dogs downgrade was due to lack of info on PS4 & Xbox One, says producer

The lack of information on next-gen consoles at the time of Watch Dogs’ reveal made it hard to predict how the final game would look, Watch Dogs 2’s senior producer has said, discussing the reason behind the visual ‘downgrade’ suffered by the original game.

“One thing to remember is that the first showing of Watch Dogs came in summer 2012, before anyone knew what the Next Gen of consoles and hardware would be,” Dominic Guay said discussing the downgrade with the Evening Standard. “We did our best at the time to predict what that would be and always were forward that this first showing was running on a very powerful PC.”

Watch Dogs was criticised by some players for looking noticeably worse upon release than in videos shown prior to its launch, with lighting, volumetric fog and depth of field all appearing to have been ‘downgraded’ for the final game.

But that won’t happen for Watch Dogs 2, Guay suggests.

“For Watch Dogs 2, we are in a much more predictable context,” he said. “We have been developing the game on our target platforms from the beginning.”

He continued: “Watch Dogs 2 uses an evolved version of the first [game’s] technology. With many years passing doing R&D on this hardware generation, we were able to expend the game’s graphics significantly. The San Francisco Bay area is a great place to have long view distances with high detail and atmospheric effects. The lighting and effects are more realistic and the world much more detailed and dynamic.”

Guay’s comments are a little different to those of creative director Jonathan Morin, however, who told VideoGamer.com in 2013 that he believed Watch Dogs’ graphics had actually been improved since the game’s reveal.

“There’s no scale down in quality, especially the next-gen versions,” he said at the time. “It’s pretty much the opposite. What we showed at E3 2012 in a lot of respects was less good. I think it’s in the details. So no, there’s no scale down.”

Watch Dogs 2 launches on PS4, Xbox One and PC on November 15.