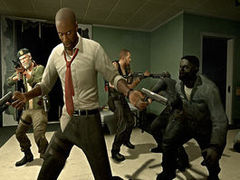 Valve writer Chet Faliszek has expressed his disappointment in the current state of motion-controlled gaming, stating he’s sick of all the mini-game experiences.

“Hopefully we’ve gotten past the point of mini-games,” he told CVG. “I’m sick of that [makes arm movement]. That’s not a game for me anymore. Let’s get some real interaction going.

“We have these technologies now that let us interact in different, really exciting ways. It’s developers’ jobs to do something with it. Impress me. Don’t just make sh***y games I wouldn’t want to play if I had to use a joystick.”

Asked about utilising Natal in a future Left 4 Dead game, Faliszek said: “We’ll see. You won’t have to make the arm movement of sawing off a zombie’s head in some tiresome mini-game. I can promise you that.”

Natal is scheduled for release this holiday season.