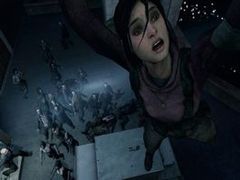 Speaking to VideoGamer.com at Leipzig Games Convention, the Valve co-founder and managing director said the developer intended to follow a similar downloadable content policy as it has with Team Fortress 2.

Left 4 Dead, set for release on PC and Xbox 360 on November 21 in Europe, is primarily a four-player cooperative game that sees a group of Survivors battle through four ‘Movies’ and against 28 Days Later-style zombies called The Infected.

Newell said that Valve’s support of the game post-launch will be essential for growing the community.

He said: “One of the things that we’re doing is we seem to be in a transition between games as a package product and games more of a service. So if you look at Team Fortress 2, one of things that’s really helped grow the community is the continuous updates, where we release new maps, new character classes, new unlockables, new weapons. And we tell the stories about the characters, like the meet the sniper, or meet the sandwich. And that ongoing delivery of content really seems to grow the community.

“So each time we’ve released one of those for Team Fortress 2 we’ve seen about a 20% increase in the number of people who are playing online. And that number is really important because it determines how many community created maps there are, how many servers are running, and so on. So we’ll do the same thing with Left 4 Dead where we’ll have the initial release and then we’ll release more movies, more characters, more weapons, unlockables, achievements, because that’s the way you continue to grow a community over time.”

Be sure to check out our hands-on preview of one our most anticipated games of 2008 right here.