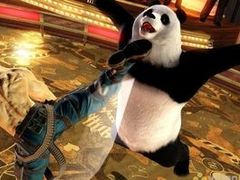 The age-old tradition of featuring unlockable characters in fighting games is “outdated” and “no longer useful,” according to Tekken series director Katsuhiro Harada.

Speaking to VideoGamer.com via translator at a Namco Bandai Europe event this week, Harada-san explained that the unlock process was originally intended to increase the longevity of coin-op arcade machines.

“Why we locked the characters originally was that in the arcades, it was kind of to extend the life of the game by gradually unlocking characters. And also with the home versions as well, because you can rent games or whatever, it was to protect us against that.

“That’s kind of outdated now though, especially with online play. If we were to have locked characters it would irritate a lot of people, to be playing against others online and to not have all the characters available. So I think it’s no longer useful.”

Street Fighter IV is among the more recent fighters that have used unlocking, requiring multiple completions to activate nine of its 25 playable characters.

The home console version of Tekken 6 will feature a whopping total of 40 fighters, all available from the get-go.