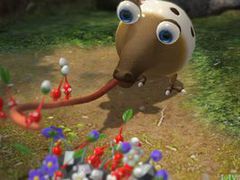 Nintendo had planned to release “a few” first-party titles for Wii U during the first half of 2013, but was forced to delay them for quality purposes and the need to divert staff onto other priority projects, president Satoru Iwata has revealed.

Speaking during the firm’s latest financial results, Iwata said that Nintendo “originally planned to release a few first-party titles for Wii U during the first half of this year, but no big titles are scheduled for release before “Pikmin 3” in July because we decided to take time to add the final touches to ensure that consumers fully feel that they are valuable titles.

“The brand of a franchise would be completely degraded without customer satisfaction. This is why we delayed the release schedule of such games.”

Iwata claims that it is “becoming increasingly challenging” to determine the amount of resources needed to achieve the level of quality expected from Nintendo’s first-party line-up, and reveals that development staff were pulled off of future projects to help “understaffed” titles – including the much-delayed Pikmin 3.

“The reason for the delayed release of our first-party titles was the fact that completing the games released at the same time as the launch of Wii U required more development resources than expected, so some staff members from development teams working on other titles had to help complete them,” he continued.

“In short, the development teams of ‘Pikmin 3’ and other future games were understaffed during that period. We do not simply have one easily identifiable bottleneck in software development. These days it is becoming increasingly challenging to determine the minimum development resources required for customer satisfaction.”

Pikmin 3 had initially been expected to launch alongside Wii U last November, but was pushed back by over six months. The game doesn’t ship in Japan until July, with a US release following in August. It has yet to be dated for the UK.

And Iwata believes that the lack of first-party titles has contributed to Wii U’s slow start.

“It is a fact that Wii U currently has lost momentum owing to longer-than-expected intervals between software releases,” he continued. “We were faced with the alternatives of taking time to refine our products or launching them without too many intervals, and after careful consideration, we selected the first option because we believe that from a mid-and-long term perspective it is more important to improve customer satisfaction with each game.

“Development always bears many uncertainties and a delay in release is not necessarily a consequence of insufficient management of development teams.”

Wii U has struggled to maintain momentum following its launch last November, with the console only managing to sell 390,000 units worldwide this year.