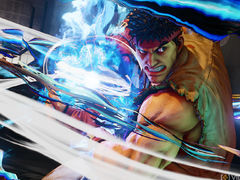 UK Video Game Charts: Street Fighter 5 falls out of Top 40 as The Division holds on to No.1

Capcom’s follow-up to the hugely successful Street Fighter IV only launched in mid-February, but has been on a trajectory out of the chart ever since. The game could only manage 17th place on the individual PS4 chart.

Elsewhere, Ubisoft’s The Division continued to lead the pack, though the publisher’s TrackMania Turbo appears to have failed to find an audience at retail, charting at No.21 despite its cheaper than average price. That excludes digital sales, however, where it may have done relatively well.

EA’s UFC 2 holds on at No.2, with Far Cry Primal benefiting from retailer price promotions to see sales rise 132 per cent, jumping two places to No.3. Star Wars Battlefront also climbs from 18th to 7th thanks to price cuts.

Nintendo’s Hyrule Warriors: Legends is new for 3DS at No.13, although Pokken Tournament slips down the chart from No.3 to No.14. Hitman-clone Alekhine’s Gun failed to make the Top 40, as did Republique.

There’s nothing new coming to stores this week so expect The Divison to keep selling like hot cakes until competition arrives in the form of Quantum Break and Dirt Rally.