UK Video Game Chart: The Last of Us holds on to No.1 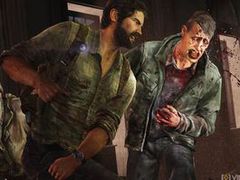 Naughty Dog’s The Last of Us has held on to a second week at No.1 despite suffering from a 48 per cent drop in sales.

As was the case last week, the PS3-exclusive is followed by Animal Crossing: New Leaf on 3DS – itself down 55 per cent.

FIFA 13 climbed two places to No.3 thanks to a 62 per cent increase in sales week-on-week. ChartTrack also reports that the average selling price for FIFA 13 across all formats dropped to under £25 for the first time since its release.

Tomb Raider takes fourth place, with Max Payne 3 storming back into the chart at No.5 thanks to huge retailer price reductions on the action title.

Activision’s Black Ops 2 is also a big mover, up eight places to No.6 thanks to price cuts on the PS3 and Xbox 360 versions.

The week’s highest new entry comes from Milestone’s MotoGP 13 at No.15.

8. INJUSTICE: GODS AMONG US

18. NEED FOR SPEED MOST WANTED

20. LEGO THE LORD OF THE RINGS

It’s no surprise to see The Last of Us and Animal Crossing continue their hold at the top of the chart, but with more competition hitting stores this week we expect this to change pretty soon.

Look out for strong new entries from Minecraft: Xbox 360 Edition, Company of Heroes 2, Deadpool and Game & Wario. Reports suggest Minecraft is performing well at retail, so could give SEGA’s RTS a run for its money to claim the No.1 spot.

Capcom’s Remember Me looks like it could be one of the year’s biggest failures, falling from No.3 to somewhere outside the Top 40 in just three weeks. Codemasters will also be hoping Grid 2’s seven place dive to No.10 isn’t a sign of things to come, after showing early signs of strong legs.