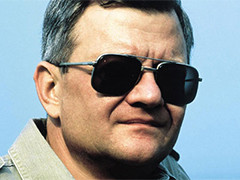 Ubisoft has said that it is “saddened to learn” of Tom Clancy’s death, and that it is “humbled by the opportunity to carry on part of his legacy” through future video game titles bearing his name.

In a statement provided to VideoGamer.com this afternoon, Ubisoft said:

“We are saddened to learn of Tom Clancy’s passing and our condolences go out to his family. Tom Clancy was an extraordinary author with a gift for creating detailed, engrossing fictional stories that captivated audiences around the world.

“The teams at Ubisoft, especially at the Red Storm studio, are incredibly grateful to have collaborated with and learned from him, and we are humbled by the opportunity to carry on part of his legacy through our properties that bear his name.”

Tom Clancy passed away last night at the age of 66.

Tom Clancy’s The Division, the next title to be published under Clancy’s name, is due to release next year.