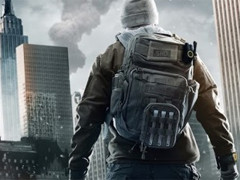 Ubisoft financials point to 2015 delay for The Division

It’s looking increasingly unlikely that Tom Clancy’s The Division will make its 2014 release date after comments made by Ubisoft earlier today indicated that only five major titles – including The Crew, Watch Dogs, a new entry in the Just Dance series and two unannounced titles – are due to launch during the publisher’s next financial year.

Responding to an enquiry about whether the publisher had given official guidance on The Division’s release date after it failed to mention the game directly on its FY15 release slate, Ubisoft CFO Alain Martinez replied:

“No, we haven’t officially. What we’ve said is that there is two more games [for release in FY15] that are still not announced that we will soon announce. So that’s all we can say today.”

Martinez’s comments suggest that The Crew, Watch Dogs and Just Dance will be joined by just two unannounced titles this financial year – expected to be a new Assassin’s Creed title and the widely rumoured Far Cry 4.

The delay would mean that The Division won’t see a release until at least April 2015. The game had previously been due to launch “towards the end” of 2014.

Rumours of The Division’s delay first appeared last month after comments made by an alleged Ubisoft Massive developer stated that development on the game had “barely started”.

“The fact that Ubisoft has gone public with a 2014 release date feels laughable to be perfectly honest,” they said, “we will never be able to release The Division this year. It’s a large project, and we have very far to go.”

It was also revealed last week that 40 per cent of Driver: San Francisco studio Ubisoft Reflections had been brought in to work on the title.

Ubisoft has yet to formally confirm a delay for The Division and had not responded to VideoGamer.com’s request for comment at the time of writing.