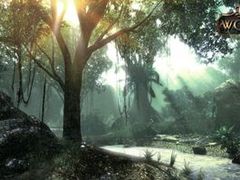 Two Worlds II returns players to the realms of Antaloor, the high fantasy world of mysticism and awe from the first title, released in 2007. The sequel has been built from the ground up for Xbox 360 with a brand new engine and gameplay mechanics designed to appeal to both hardcore and casual gamers.

Rescued from prison by former enemies, the player once again assumes control of the unnamed hero, only to find the world of Antaloor has been forever changed in their absence.

Two Worlds II is also in development for PC with a scheduled winter release date. The game’s official website also features a PS3 logo, but no official announcement regarding this version has been made.