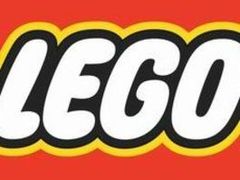 TT: LEGO Lord of the Rings ‘would definitely work’

LEGO developer Traveller’s Tales has refused to deny that a LEGO Lord of the Rings or a LEGO The Hobbit game is in development, but has admitted a LEGO game based on the New Line Cinema films and Tolkien books “could work”.

A LEGO Lord of the Rings and a LEGO The Hobbit game have been heavily rumoured to be in the works.

In March 2009, respected blog Variety reported that following parent company Warner Bros.’s re-acquisition of the rights to produce video games based on the Lord of the Rings, WB would “start producing Lord of the Rings games itself soon”.

Speaking to VideoGamer.com, LEGO Harry Potter: Years 1-4 producer Loz Doyle refused to comment on the rumour, saying only “I can’t say anything about it”. But he was willing to discuss the suitability of the Lord of the Rings franchise to the much-loved Traveller’s Tales LEGO treatment.

LEGO Harry Potter: Years 1-4 is due out in May. Last week, LucasArts and TT Games announced the development of LEGO Star Wars III: The Clone Wars, due out this autumn.