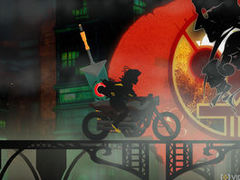 Transistor, the second game from independent developer Supergiant Games, has sold over 600,000 copies across Steam and PlayStation Store combined since its launch back in May 2014.

“The launch of Transistor back in May of last year was a big deal for our small studio, as it was our next original game following the success of our first game, Bastion,” wrote Kasavin. “Bastion’s success exceeded our wildest fantasies by quite a bit – it’s sold more than 3 million copies to date, the majority of which happened many months after the game first came out on Xbox 360 and PC.

Kasavin added: “Word-of-mouth is what kept Bastion going for way, way longer than we could have imagined, and it’s what’s kept Transistor going strong, too.”