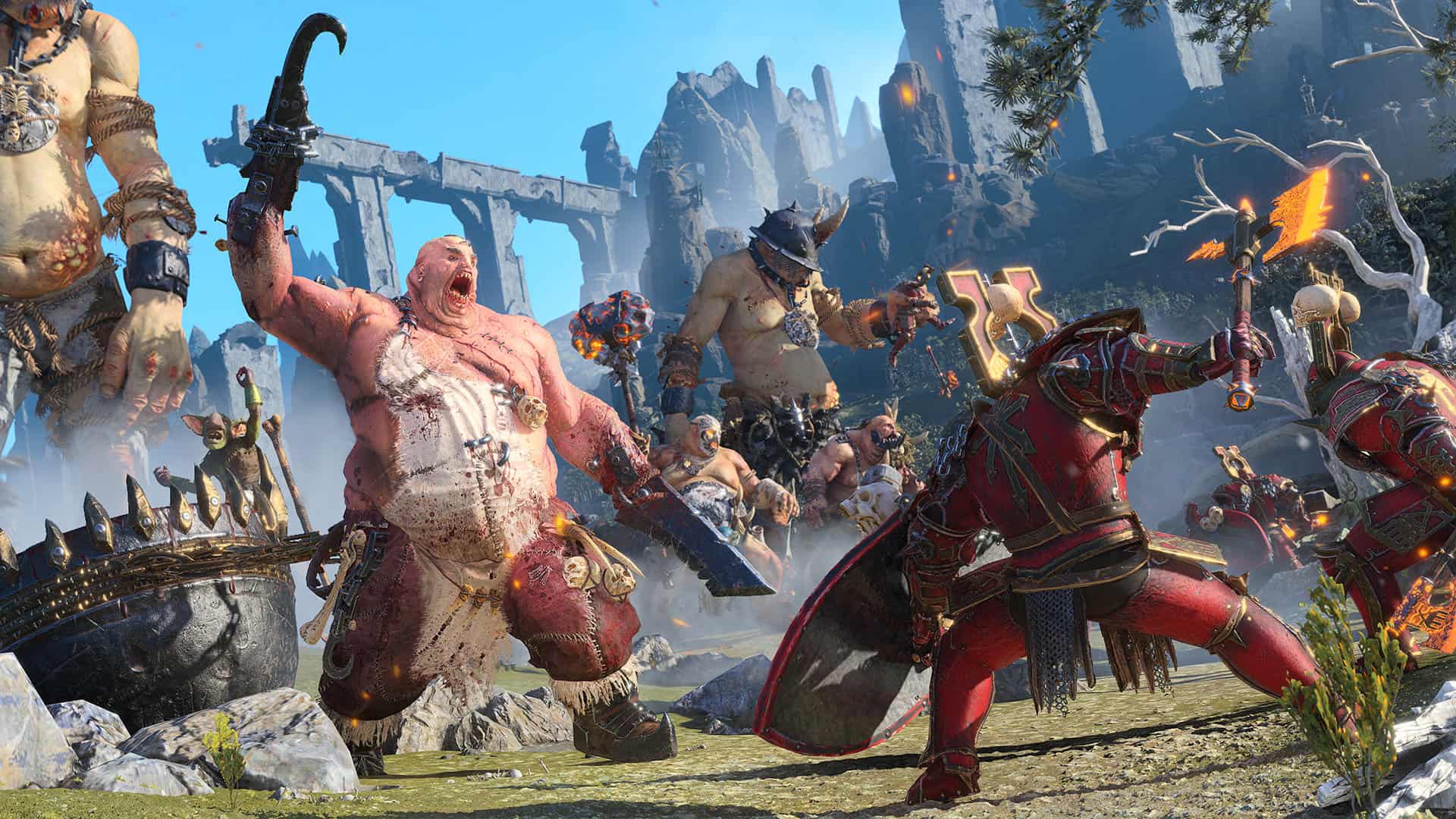 The third instalment in the series was first announced back in February of this year. We’ve been promised even larger scale battles across the biggest maps so far. Four factions known as the Ruinous Powers battle over the fate of the Realm of Chaos. There’s also additional playable factions, including the human civilization of Kislev and Grand Cathay.

There’ll also be a third race, revealed today, for early adopters of the game.  The Ogre Kingdoms Race Pack will be granted to all players who pre-order the game or pick it up during the first week on sale. It’ll include two Legendary Lords known as Greasus Goldtooth and Skrag the Slaughterer, along with their armies. You can check out the trailer for the Ogre Kingdoms down below.

In addition, the announcement also reveals that the game will be coming to Xbox Game Pass for PC on day one. That means subscribers will be able to download and play the entire game at no extra cost.  Total War: Warhammer III lands there and on other good PC stores on February 17 2022.