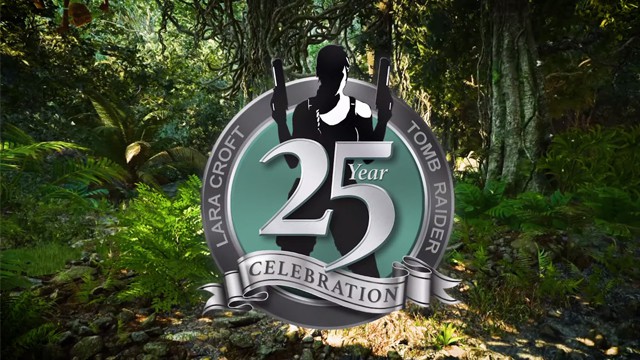 Tomb Raider studio Crystal Dynamics has released a new video that not only detailed the beginning of the plans to celebrate the series 25th anniversary, but also gave fans an idea of what to expect from the future of the series.

During the video, new Franchise Game Director Will Kerslake spoke on the differences between the Crystal Dynamics origin trilogy—beginning with 2013’s Tomb Raider—and how it told the story of a young Lara Croft and how she became the adventurer we know and love, while the original Core Design games focused on an already seasoned veteran explorer standing alone against cataclysmic forces.

“We envision a future of Tomb Raider unfolding after these established adventures,” Kerslake said. “Telling stories that build upon the breadth of both Core Design and Crystal Dynamics games, working to unify these timelines.” He admits it’s no small task with Lara’s extensive 25-year history, and asks for fans’ patience as they go through the development process. While there are no plans for a major game announcement just yet, the team hope to have more to share in the future.

Speaking of that 25th anniversary, the video also revealed that the studio has plans to mark the milestone and will be undertaking a year-long community celeberation, highlighting things like cosplay, fan art, interviews livestreams and “some special extras” that the studio isn’t spoiling just yet. A different entry in the series will be featured each month, with the whole thing kicking off in February with the original Tomb Raider game, which released back in 1996.

Check out the full video for yourself below, which also mentions the new animated Tomb Raider series coming to Netflix that was announced yesterday evening.