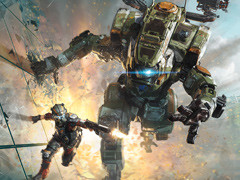 UPDATE – 12:33: It’s back, although we still don’t know whether the account’s removal was a temporary glitch or deliberate.

There doesn’t seem to be any explanation for the studio’s disappearance from Twitter, or whether the account has been deliberately deactivated. In fact, the last tweet from studio boss Vince Zampella is a quote tweet of the official account, which broke the news that Titanfall’s Angel City map would be returning as free DLC in Titanfall 2.

The account’s disappearance follows two weekends of multiplayer tech tests for Titanfall 2, which gave players early access to a selection of modes and maps ahead of the full game’s launch later this year.

Titanfall 2 launches on PS4, Xbox One and PC on October 21.