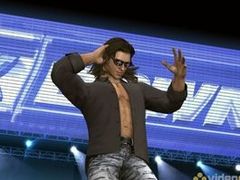 THQ and World Wrestling Entertainment announced last month that they entered into a new eight-year agreement granting THQ the exclusive worldwide rights to develop and publish video games based on WWE’s content.

WWE grants THQ the exclusive worldwide rights to publish interactive games based on WWE properties across all major gaming platforms and distribution channels.

“This agreement ensures that WWE games will continue to be an important cornerstone of THQ’s annual release schedule for the long term,” said Brian Farrell, THQ President and Chief Executive Officer. “We look forward to working directly with WWE to expand their brand in the video game space through continued game play innovation and increased online delivery of WWE content.”

“This year’s highly rated WWE SmackDown vs. Raw 2010 video game demonstrates the innovation and creativity that THQ brings to WWE,” said Vince McMahon, WWE Chairman and Chief Executive Officer. “This new licensing agreement will ensure that we continue our tremendous success in the video game industry in the years to come.”

In a separate announcement THQ, World Wrestling Entertainment and JAKKS Pacific announced that they had reached settlement agreements with respect to the WWE video game and toy licenses and the THQ/JAKKS Pacific joint venture. As part of the resolution of these matters, THQ will pay WWE $13.2 million and JAKKS Pacific $20 million over the next four years.