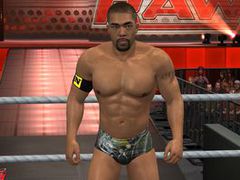 THQ was unhappy with the Road to WrestleMania mode in last year’s WWE Smackdown Vs Raw 2011, creative director Cory Ledesma has revealed. The team has since gone “back to the drawing board a bit” on the mode for this year’s WWE ’12.

“On the design side, we weren’t happy with the execution of Road to WrestleMania. We liked the concept, but we just didn’t do a good job making that backstage area fun, keeping it populated, entertaining and engaging. We went back to the drawing board a bit on that one,” said Ledesma.

It wasn’t just Road to WrestleMania that the team wasn’t super pleased with. According to Ledesma THQ had issues with online functionality and a number of bugs that made it into the retail release.

“We also had some disappointing bugs in gameplay that our creative team was a little disheartened by, but we’ll get a lot of those things cleaned up. Online also had several issues we are working hard to address,” added Ledesma.

Fans should take heart in the knowledge that the WWE team at THQ takes criticisms on board.

“I want the fans to know that we are very aware of their criticisms and we are working as hard as we can to address them,” said Ledesma. “Just know that in some cases the reason you might not see changes happen as quickly as you like because there are some difficult development challenges or hurdles we are trying to overcome just like any other developer, but we’re committed and we’ll get there!”