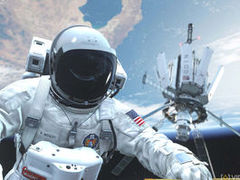 This year’s Call of Duty is set in space, reports claim

Rumours have indicated that this year’s Infinity Ward-developed Call of Duty will be set in the distant future and feature warring factions in space. We’re talking a full-on sci-fi shooter.

A post over the weekend by industry gossip Shinobi first outed the story, but has now been backed up by independent Eurogamer sources.

Not much else is currently known about the game, though Eurogamer does state that it won’t be a sequel to Infinity Ward’s Call of Duty: Ghosts.

Expect the new Call of Duty to launch in November. Activision has declined to comment on the reports.