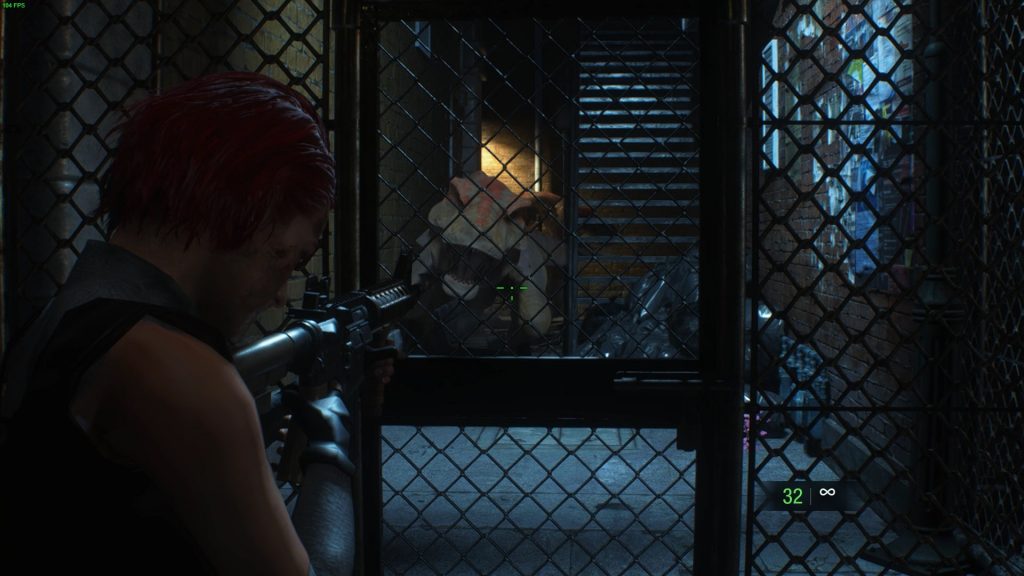 Modder Darknessvaltier has made a Dino Crisis mod for the new Resident Evil 3, introducing raucous reptiles to the revamped Raccoon City (via DSOGaming).

Funnily enough, Capcom had expressed interest in remaking Dino Crisis titles in the past, but qualified that it would be dependent on fan demand. This mod may be evidence enough. Dino Evil 3 dyes Jill’s hair strawberry red like Regina, the heroine of Dino Crisis and Dino Crisis 2. The streets are ruled by dinosaurs that use Hunter Gamma animations to snap and swipe at Jill/Regina. And, the cramped alleyways and abandoned stores are a far cry from Ibis Island, but it still shows how effective a remake could be.

The mod is a little rough around the edges, with enemies clipping into the environment and the lighting doesn’t quite reflect on enemies for a grittily realistic experience. It’s also a solo effort, and the first iteration of the mod is very impressive. With time, the mod could tap into that “panic horror” defined by the release of the first Dino Crisis game all those years ago. Capcom is currently exploring the potential of remakes, after the significant success of Resident Evil 2 and 3, and its next venture is rumoured to be Resident Evil 4.

Resident Evil 3 is out now for PC, PlayStation 4, and Xbox One. Watch gameplay of Dino Evil 3 below.