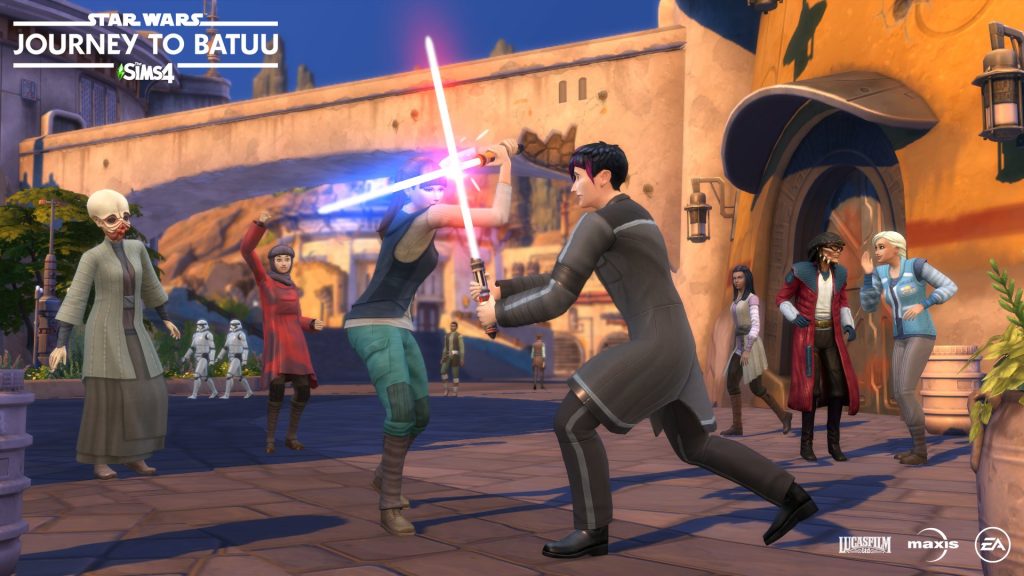 The Sims 4 Star Wars: Journey to Batuu offers up a new gameplay trailer

The expansion, which was unveiled last week, will allow player's Sims to explore the universe of Star Wars, including plenty of locations, characters and items from the sci-fi series, including the Millenium Falcon, Rey, Kylo Ren and much more.

In addition, your Sim will be able to complete missions in order to gain reputation points which can gain standing with the two factions from the newer Star Wars sequel trilogy: the Resistance or the First Order. Doing missions for one will, of course, affect your standing with characters aligned with the other side and there'll be plenty of clothing and furniture options for you to use for your Sims. And naturally, you'll be able to get your own lightsaber and droid.

You can check out the trailer for yourself below. The Sims 4 Star Wars: Journey to Batuu is set to launch on Xbox One, PlayStation 4 and PC from September 8.