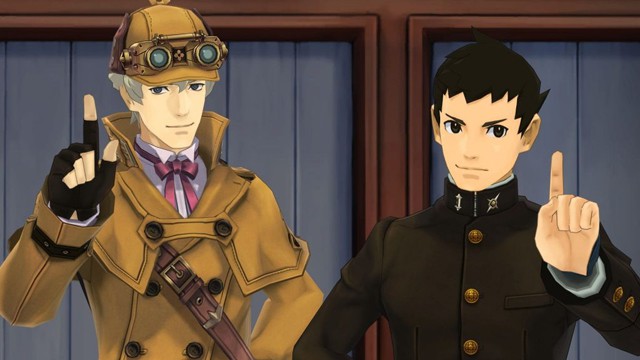 Capcom has officially announced that it will be bringing the remastered Phoenix Wright: Ace Attorney spin-off The Great Ace Attorney Chronicles to the West later this summer.

The collection will comprise of both The Great Ace Attorney Adventures and The Great Ace Attorney 2: Resolve, both previously only available in Japan, with a full English translation for both games. There'll be ten cases to play through, complete with an investigation stage with you examining the crime scenes for clues, a trial stage where you'll be going up against your rival lawyer in front of a Judge and jury.

Story wise, the games take place about a century before the events of Phoenix Wright, and you'll be playing as his ancestor Ryunosuke Naruhodo. Teaming up with your assistant Susato Mikotoba, the great detective Herlock Sholmes (of course) and his assistant Iris Wilson, you'll take on a range of cases across both 19th Century Japan and the courtooms of England.

There'll even be a host of special additional features including bonus videos and behind the scenes art, and in an interesting first for the series, an all-new 'Story Mode' where the game will be played out for you, in case you fancy experiencing the game as a sort-of linear movie. Finally, the game will also be available in an 'Ace Attorney Turnabout Collection' that will combine both this game and 2019's Phoenix Wright: Ace Attorney Trilogy in one package.

The Great Ace Attorney Chronicles was first spotted back in February when a listing was uncovered on a Tawainese ratings board. You can check out the trailer below and pick the game itself up when it launches on PlayStation 4, Nintendo Switch and PC on July 27, 2021.